Elsa Hosk net worth: Elsa Hosk is a Swedish model who has a net worth of $10 million. She is best known for being a Victoria's Secret Angel and for modeling for numerous fashion brands.

Elsa Hosk was born in Stockholm, Sweden on November 7, 1988. She began modeling at 14. After high school she joined the Swedish Women's basketball league. After around two seasons of professional basketball Elsa decided to move to New York to focus on modeling. Some early campaigns for Guess earned Elsa global attention. She appeared in the Victoria's Secret annual fashion show from 2011 to 2018 and was chosen as a Victoria's Secret Angel in 2015.

Elsa has been in a relationship with British business executive Tom Daly since 2015. They announced they were expecting their first child in 2020.

Real Estate: In December 2020 Elsa paid $4.3 million for a home in South Pasadena that was designed by famed architect Richard Neutra. Around the same time of this purchase Elsa sold an apartment in New York City for $3.5 million. 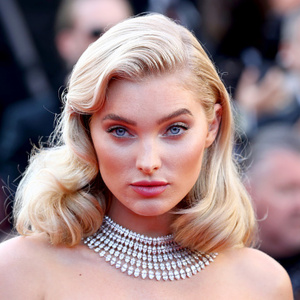