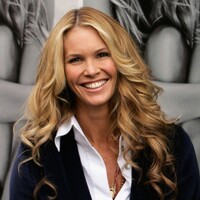 What is Elle Macpherson's Net Worth?

Elle Macpherson is an Australian model, actress, businesswoman, and television host who has a net worth of $95 million dollars. Macpherson began modeling to pay for law school, but that plan fell by the wayside when she ended up becoming one of the highest-paid models in the world.

Elle Macpherson was born Eleanor Nancy Gow on March 29, 1964 in Killara, New South Wales, Australia. Her mother, Frances, was a nurse, and her father, Peter, was a sound engineer, entrepreneur, and former president of the rugby team the Cronulla-Sutherland Sharks. Elle has two sisters, Mimi and Elizabeth, and a brother, Brendon. Frances and Peter divorced when Elle was 10, and Frances later married Neill Macpherson. Elle studied at Killara High School and earned her Higher School Certificate in 1981. She then enrolled at the University of Sydney for a year to study law.

Before starting college, Macpherson visited New York City, intending to model for a year in order to earn money to pay for her books. She signed a contract with Click Model Management, and her first modeling job was a 1982 Tab commercial. Elle appeared on numerous magazine covers during the 1980s, and she became the face of Biotherm, a French skin care company, in 1985. Macpherson has participated in runway shows for numerous famed designers, such as Ralph Lauren, Louis Vuitton, Donna Karan, and Calvin Klein, and she has appeared in ad campaigns for Victoria's Secret, Revlon, Diet Coke, Budweiser, Chrysler, and several other companies.

In 1994, she posed nude for "Playboy" magazine "on her own terms" after finding out that the media had contacted some of her ex-boyfriends in hopes of obtaining of nude photos of her. In 1999, Elle's face was featured on postage stamps in Antigua and Barbuda, and the following year, she took part in the Summer Olympics closing ceremony. In 2001, Macpherson co-hosted the Miss Universe pageant with Naomi Campbell, and in 2006, the Elle Style Awards honored her with a Style Icon award. In 2008, Elle entered into a three-year deal with Revlon Cosmetics, and she has also served as a Global Brand Ambassador for the company. 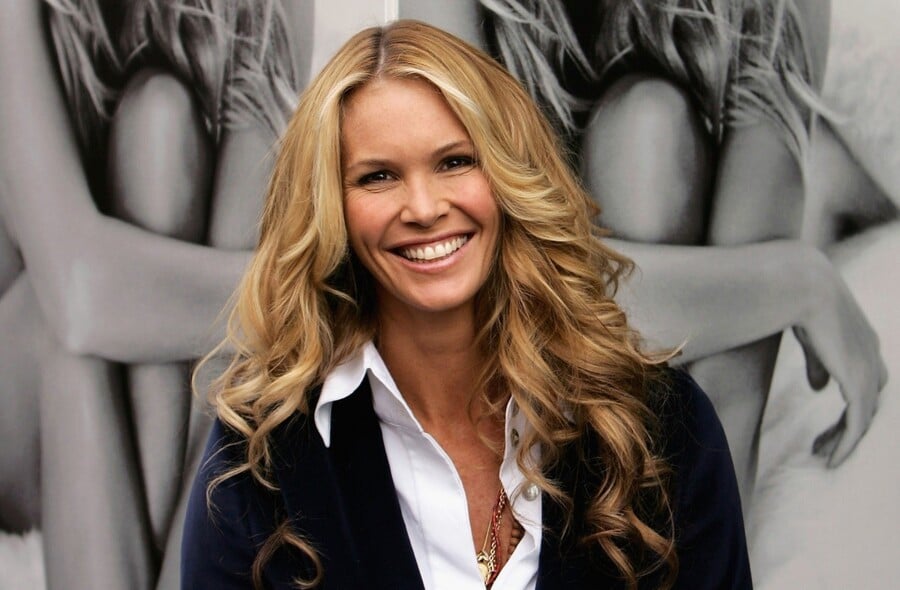 In 1994, Macpherson founded Elle Macpherson Inc. and released a series of calendars before creating the "Your Personal Best – The Body" workout videos. She released a lingerie collection, Elle Macpherson Intimates, with Bendon Limited Apparel in 1990, and it became Great Britain and Australia's best-selling lingerie line. Elle later created a line of maternity bras as well as Elle Macpherson – The Body beauty products, and she served on Hot Tuna Clothing's board of directors for a year. Macpherson gave the Keynote Address at the International Trademark Association's annual meeting in 2009, and in 2014, she co-founded a wellness company, WelleCo, releasing The Super Elixir, an alkalising wellness supplement. In 2005, "Glamour" magazine named Elle Entrepreneur of the Year, and she earned an Everywoman Ambassador Award in 2007. She was named Lingerie Designer of the Year at the 2008 Femmy Awards, and in 2009, the Women's World Awards honored her with a World Career Award.

In the early 1980s, Elle was in a relationship with Billy Joel. Joel wrote the songs "And So It Goes" and "This Night" about Elle.

She married fashion photographer Gilles Bensimon in 1986, two years after meeting at a photo shoot for "Elle" magazine. They divorced in 1989. In 1996, Macpherson began dating financier Arpad Busson. They had two sons, Arpad (born February 14, 1998) and Aurelius (born February 4, 2003), before splitting up in 2005.

Elle dated billionaire Jeffrey Soffer from 2009 to 2012. After he was injured in a helicopter accident, the couple reconciled, marrying in July 2013. Elle and Jeffrey announced their impending divorce in June 2017.

In 2018, Macpherson moved on with ex-physician Andrew Wakefield, a discredited anti-vaxxer who was removed from the U.K. medical register due to "unethical behavior, misconduct and fraud."

In 1997, two men broke into Elle's home in Los Angeles and stole $6,000, numerous photographs, and jewelry worth an estimated $100,000. Michael Mischler and William Ryan Holt were arrested the following month; Mischler was sentenced to six years and eight months in prison after pleading guilty to burglary and attempted extortion, and Holt, who pleaded guilty to extortion, received a one-year prison sentence.

Macpherson is passionate about philanthropy and has served as a European Ambassador for RED, which raises funds for the Global Fund to Fight AIDS, Tuberculosis and Malaria, as well as an ambassador for UNICEF and the Smile Foundation. She was also involved with an International Women's Day campaign for Sky in 2012, and she's a patron of the National Association for the Children of Alcoholics.

In 2018, Elle paid $8.1 million for a 9,000 square foot home in Coral Gables, Florida. The 7-bedroom estate sits on 1.71 acres of land. The property includes a saltwater pool and the mansion was given a full gut renovation by the owner before Elle. Elle listed this home for sale in April 2022 for $29 million. Below is a video tour from before she bought the home: