How much is Drita D'Avanzo Worth?

Drita D'Avanzo net worth: Drita D'Avanzo is an Albanian reality television star who has a net worth of $3 million dollars. Drita D'Avanzo grew up in an immigrant family from Albania. Her home life was quite traditional and conservative, so her parents are not pleased about her criminally-inclined husband. She is married to career criminal Lee D'Avanzo, who has spent 12 years in jail, due to charges stemming from drug dealing and robbery. Consequently, they have only been able to spend two years of their marriage with each other. He is a former member of the New Springville Boys, and recently served time for attempting to rob a bank. He is also the former boyfriend of fellow "Mob Wives" cast member, Karen Gravano, which has created some tension between Drita and Karen over the years. Ms. D'Avanzo has two daughters with her husband Lee D'Avanzo. As a mother of two with a husband just out of jail, she struggles to keep it all together while running her businesses and raising her girls. Currently, she freelances as a make-up artist and is developing her own cosmetic line. 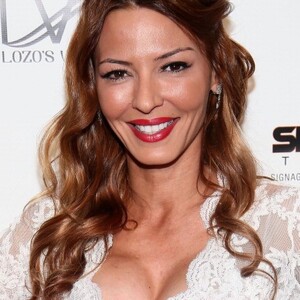