Dree Hemingway Net Worth: Dree Hemingway is an American model and actress who has a net worth of $800 thousand. Born Dree Louise Hemingway Crisman on 4 December 1987 in Idaho, she is the daughter of actress Mariel Hemingway and Stephen Crisman, as well as the great-granddaughter of renowned author Ernest Hemingway.

Dreaming of becoming a model, Dree dropped out of high-school to pursue a career in fashion. It seems that she made a good decision as she has since represented sound brands in print advertising as well as in fashion shows. Most notably, Hemingway has walked for Givenchy, Calvin Klein, Karl Lagerfeld, Shiatzy Chen, Giles and Chanel. Furthermore, she has appeared in campaigns for H&M, Gucci, Valentino, Jean Paul Gaultier and Paco Rabanne. When it comes to her acting career, Dree Hemingway starred in the American independent movie Starlet (2012), and she also earns credits for Nous York and Someday This Pain Will Be Useful to You (2012). 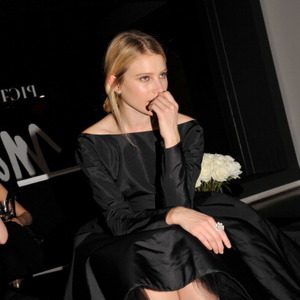