Draya Michele net worth: Draya Michele is a reality TV star and model who has a net worth is $600 thousand. She is a cast member of VH1's new reality series, "Basketball Wives: Los Angeles", a spin-off of their hit series, "Basketball Wives". The two shows follow the lives of women who are either married to basketball stars, or who have dated them in the past. Draya Michele has been with "Basketball Wives: Los Angeles" since its premiere episode. A model and actress, she has appeared on the covers of multiple magazines, as well as in editorial spreads. She is also a music video fixture. She is known for her sharp tongue, and opinionated stance, and does not always make friends easily. In addition to her work on the show, and in videos, Michele is also earning from her clothing line, Mint Swimwear. As a model, she has appeared in magazines like King, Lowrider Girl, Black Men, and Urban Ink. She has also modeled for various accessory companies. Her salary as a main cast member on Basketball Wives LA has doubled since her debut on the show, and her fame for being the show's antagonist has also helped add to her earnings. She is the ex-girlfriend of former Los Angeles Lakers point guard, Javaris Crittenton, and is currently dating Orlando Scandrick, a professional football player. She is also known for dating Chris Brown and Wiz Khalifa. Michele recently made headlines due to a public feud with fellow "Basketball Wives" cast mate, Sundy Carter. During the show, co-stars Draya Michele and Sundy Carter got into a massive physical altercation while away on a Palm Springs vacation, resulting in Sundy receiving a serious black eye. 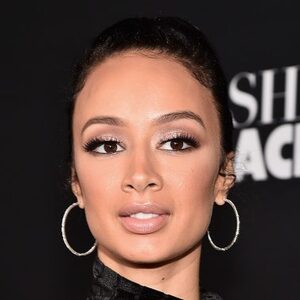