Donna D'Errico Net Worth: Donna D'Errico is an American actress and model who has a net worth of $500 thousand dollars. Donna D'Errico was born in Dothan, Alabama, in 1968, and owned a limousine company in Las Vegas before landing a spread on the pages of "Playboy" as the Playmate of the Month in 1995. Soon after, D'Errico landed a starring role as Donna Marco on the hit series "Baywatch" and later "Baywatch Nights". She has since gone on to appear in various movies and shows, including "Sabrina, the Teenage Witch", "Candyman: Day of the Dead", "Austin Power in Goldmember", "BattleBots", "Reno 911!", "Intervention" and "Celebrity Paranormal Project". D'Errico publicly spoke about her faith and is a practicing Roman Catholic who has since discussed how her newfound beliefs helped her understand the mistakes of her past. She made headlines for hiking Turkey's Mount Ararat in 2012 while hunting for Noah's Ark and is attempting to create a documentary about the search. She raised more than eleven thousand dollars online to fund the documentary. D'Errico was married to rock star Nikki Sixx for nine years until their 2007 divorce. They had a daughter together, Frankie Jean. In early 2014, D'Errico reportedly filed for chapter seven bankruptcy, citing legal fees from her divorce as a driving factor contributing to her debt. In the filing, Donna claimed to have accumulated $600,000 worth of legal fees in her divorce from Nikki. She also pegged her monthly income at $7000 and monthly expenses at $10,000. A judge awarded her ongoing monthly spousal support payments of $7800 plus she is entitled to 5% of Nikki's estimated $2 million annual income. 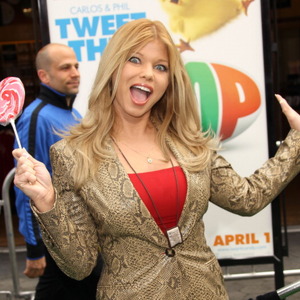