How much is Dina Eastwood Worth?

Dina Eastwood net worth: Dina Eastwood is a TV reporter and reality TV star who has a net worth of $20 million. Her net worth, in addition to her public visibility, probably experienced a spike recently thanks to the premiere of her new reality TV series on the E! channel entitled Mrs. Eastwood & Company. Married to Hollywood living legend Clint Eastwood, Dina is becoming a well-known figure in her own right. Her career in the public eye began in 1990, when she was hired as a reporter for KNAZ-TV in Flagstaff, Arizona. From there, she eventually snagged a job as a news anchor, and went on to anchor for another network. She retired in 1997, shortly after marrying Clint Eastwood, although recently in 2011 she returned to the anchor seat on a 5 PM newscast. As for Mrs. Eastwood & Company, it's a reality TV show in the same vein as the E! channel's previous successful hit Keeping Up With The Kardashians. The show follows the day to day lives of Dina Eastwood and her husband's two daughters from a previous marriage, along with a couple other side "characters." Even Clint himself has shown up briefly on the show, so it stands to reason that this might be the next big reality TV success story. 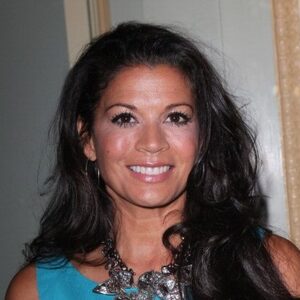