Diana Roque Ellis is an artist and aspiring reality TV star who has a net worth of $8 million. Although much of that net worth stems from her now-over marriage to businessman William H. Ellis, owner of the Farley's & Sathers Candy Company, Diana has plans of her own – namely to be a reality TV star.

Her introduction to the world of reality TV is said to be on the next season of the hit Bravo reality TV series The Real Housewives of Beverly Hills – on which she is rumored to be one of the candidates for inclusion and which is currently filming its next season. But even if things don't work out for Ms. Ellis in Beverly Hills, she has another possible reality TV property to fall back on – Housewives and Housekeepers, which would document the relationships between wealthy individuals and their maids. A native of San Francisco, California, Diana Roque Ellis is an artist who "specializes in painting large-scale allegorical images involving human form and faces, utilizing classical technique" – this artistic inclination would make for an interesting contrast with some of the more utilitarian designs of the other members of the cast of The Real Housewives of Beverly Hills. 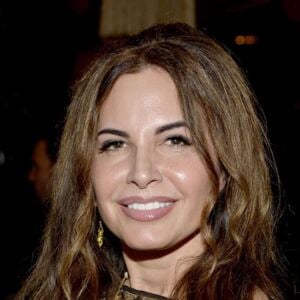