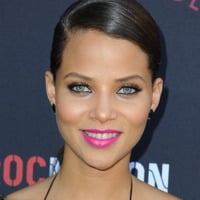 Denise Vasi net worth: Denise Vasi is an American model and actress who has a net worth of $2 million dollars. Denise Vasi was born in Brooklyn, New York, and graduated from Long Island University with a degree in Business. She began her professional career as a model, appearing in such magazines as ELLE, Marie Claire, GQ Italy, and Clam, among other publications. She has also served as the face of Olay and Bobbi Brown, and has appeared in campaigns for Target, Nexxus, American Eagle, Old Navy, Republic, and Urban Decay, among other brands. In 2008, she was cast in the role that would make her a household name, as Randi Hubbard on the popular soap opera, "All My Children". She remained with the show until it went off the air in 2011. She has also appeared in such projects as "When In Rome", "Law & Order: Criminal Intent", and "The Good Guy".