Dayanara was born in San Juan, Puerto Rico on October 28, 1974. She began her modeling and pageant career at age 17 after being discovered walking down the street in San Juan. She has earned the titles of Miss International Puerto Rico 1992, Miss Puerto Rico ambassador for UNICEF and won the entire Miss Universe pageant in 1993. After earning the title of Miss Universe, Torres wiggled into an acting career, appearing in films such as the Filipino Hataw Na. She released her one and only album, Antifaz, in 1998, which reached the tope of the Latin American and Philippines-based Billboard charts.

She is the founder of the Dayanara Torres Foundation, which distributes scholarships to impoverished students in Puerto Rico as well as the Philippines.

Personal Life and Divorce Settlement: Torres was married to singer Marc Anthony from 2000 to 2004. They separated for the first time in 2002, reconciled, then broke up officially in 2003. Their divorce was finalized in June 2004. They had two children together, sons named Cristian and Ryan. According to the terms of their divorce, Marc agreed to pay Dayanara $13,400 per month in child support. Years later as his career flourished, Dayanara petitioned a court to increase her support to a mouth-watering $123,000 per month. A judge ultimately granted her an increase to $26,800 per month. 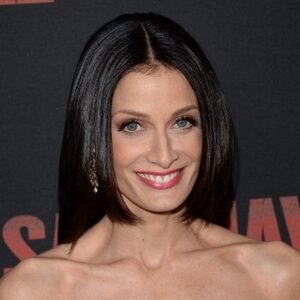