What is Dayana Mendoza's net worth? Dayona Mendoza's net worth is $200 thousand dollars. Born in Caracas, Venezuela, Dayana Mendoza, also known as Dayana Sabrina Mendoza Moncada, was kidnapped when she was younger. She went on to pursue a pageant and modeling career. She signed with her first modeling agency, Elite, in 2001, and went on to a successful career working in Germany, France, Italy, New York, and Spain, among other countries, for such designers as Versace and Cavalli.

In 2007, she won the Miss Venezuela pageant, and went on to compete in the Miss Universe pageant the following year. In 2008, she was crowned Miss Universe, becoming the first Venezuelan Miss Universe in 12 years. She traveled around the world in 2009, visiting cities in Europe, North America, South America, and Asia, with a humanitarian focus on AIDS education as part of her Miss Universe duties. She is a celebrity contestant in the 2012 season of "Celebrity Apprentice". 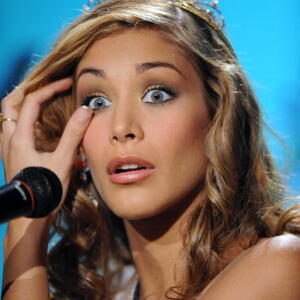