Davina McCall net worth: Davina McCall is an English television presenter who has a net worth of $4 million dollars. Davina McCall was born in Wimbledon, South West London, and she began her professional performance career, as a singer, while still in school. After her music career failed to go anywhere, she began working as a booker for Models 1.

She then went on to run a restaurant and work as a cabaret performer and dancer. In 1992, she began working as a presenter for MTV Europe. Since then, she has worked steadily as a presenter and host, presenting for such shows as, "God's Gift", "Streetmate", and "Don't Try This at Home". She is most widely recognized as the host of "Big Brother", and appeared on the show for eleven seasons. She also hosted "Celebrity Big Brother" and "Big Brother's Big Mouth". She now hosts her own show called, "Davina", and presents for "The Million Pound Drop Live" and "Five Minutes to a Fortune". 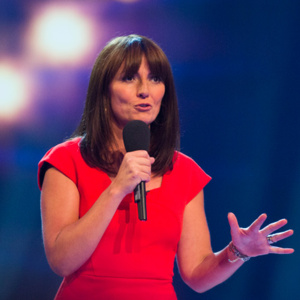