Danielle Jonas net worth: Danielle Jonas is an American reality television star who has a net worth of $5 million dollars. Born in Denville, New Jersey, Danielle Jonas, also known as Danielle Deleasa and Danie Jonas, worked as a hairdresser in New Jersey. She grew up with two sisters and a brother, and lived a fairly normal life, until she met Kevin Jonas, the oldest member of the immensely popular trio, The Jonas Brothers.

The two met while both were vacationing in The Bahamas in 2007. The relationship was kept secret from the press and public for almost a year, until photos were published of the pair kissing in late 2008. In 2009, after Mr. Jonas flew from Canada to New Jersey to ask for her hand, the two were married at Oheaka Castle in the winter of the same year. Between 2012 and 2013, Danielle and Kevin appeared on the reality series, "Married to Jonas". The show chronicled their lives together, and the release of the Jonas Brothers' next album. It aired 16 episodes over two seasons. 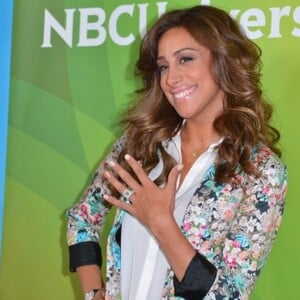