Dani Mathers net worth: Dani Mathers is an American model and actress who has a net worth of $200 thousand. Dani Mathers was born in Los Angeles, California in January 1987. She is best known for being Playboy magazine's Miss May 2014. As an actress Mathers starred in the movies Let's Be Cops in 2014. 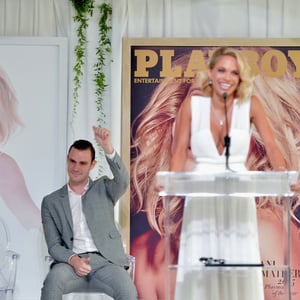