Dani Evans Net Worth: Dani Evans is an American fashion model who has a net worth of $500 thousand. Dani Evans was born June 7, 1985 in Little Rock, Arkansas. In May 2006, she won Cycle 6 of America's Next Top Model. Her prize was a $100,000 contract with CoverGirl Cosmetics, a modeling contract with Ford Models and a photo-shoot for Elle magazine.

During the second half of the contest she came under criticism for her heavy southern accent, which the judges felt was problematic, as the competition winner would shoot commercials for Covergirl; however, they acknowledged that she could work with a speech coach to eradicate her accent. In the finale, the judges were torn, with some of the judges preferring fellow finalist Joanie Dodds' versatile portfolio, while others (notably judge Nigel Barker) preferring Evans's "signature look. In the end, judges felt Evans had the stronger in-person presence and commanded the final catwalk, as well as having a stunning portfolio. Evans's charisma and charm edged out Dodds and she was ultimately crowned the winner of the sixth cycle of America's Next Top Model. She has been featured in various print work, including pieces in Elle, Elle Girl, The New York Post, Sephora and other others. She has also walked the runway for several notable fashion lines. She is the spokesmodel for Akademiks and appeared on The Wendy Williams Show on September 16, 2009 as a model for Pastry, a line owned by Vanessa Simmons and Angela Simmons. She was also featured in the Victoria's Secret PINK online style guide in December, 2009. 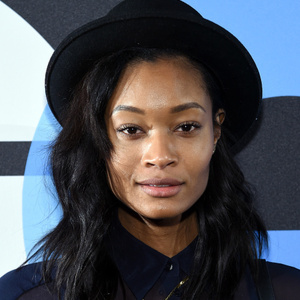