Dana DeArmond net worth: Dana DeArmond is an American adult film actress and director who has a net worth of $1 million. Dana DeArmond was born in Fort Bragg, North Carolina in June 1979. She joined the industry in 2004 and was popular on MySpace with more than 300,000 friends.

Dana DeArmond has nearly 500 acting credits to her name. She has also hosted the radio show Dirty/Nerdy for Sirius XM. She was featured in the books Naked Ambition: An R Rated Look at an X Rated Industry and L.A. Bondage. DeArmond won Urban X Awards in 2009 and 2010 and an AVN Award in 2012. In 2016 she was inducted into the AVN Hall of Fame. Dana DeArmond has another 40 award nominations to her credit. 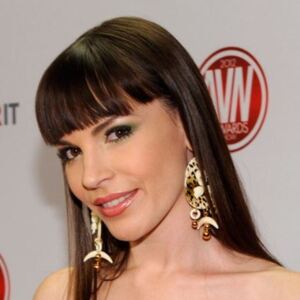