Damaris Lewis net worth: Damaris Lewis is an American actress who has a net worth of $4 million. Damaris Lewis was born in Brooklyn, New York in October 1990. She appeared in the Sports Illustrated Swimsuit Issues in 2009, 2010, and 2011. Lewis studied dance and signed with Elite Model Management in her second year of high school. She has appeared in campaigns for Victoria's Secret Pink, Clarins, and Yves Saint Laurent and has appeared in the magazines French Marie Claire, Essence, Vibe Magazine, and Uptown magazine. Lewis has starred in the films Limitless in 2011 and The Rewrite in 2014. She has also starred in the Kanye West music video "Monster". Lewis loves basketball at a video of her doing the Dougie dance with Kate Upton at a Los Angeles Clippers game went viral. 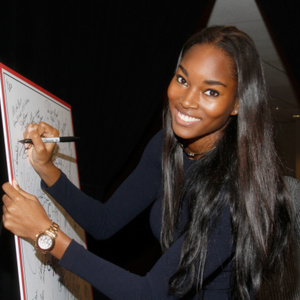