Daisy Fuentes Net Worth: Daisy Fuentes is a Cuban-born American television personality, model, and fashion entrepreneur who has a net worth of $75 million. She is known for becoming the first Latina VJ to ever become a host for MTV. In addition, Fuentes has signed a number of lucrative brand endorsement deals, most notably with Revlon. Outside of hosting, she is also an actress, model, and comedian.

Early Life: Daisy Fuentes was born on November 17th of 1966 in Havana, Cuba. At the age of just three, Daisy was taken by her parents to Madrid in order to escape Fidel Castro's communist regime. During this period, she learned to speak English by watching English-language television, and she fell in love with the classic TV series "I Love Lucy." After spending a significant portion of her childhood in Spain, Daisy relocated once again to Harrison, New Jersey.

After moving to the United States, Fuentes attended high school and eventually became the homecoming queen. She was also voted the "best looking girl" when she graduated in 1984. Although she would later become a major figure in the entertainment world, Daisy initially planned to become a hairstylist after graduating from high school. In order to pursue this dream, she attended cosmetology school. Eventually, she veered towards media, abandoning her goal of opening a salon and attending Bergen Community College.

Career: During her college years as a Communications major, Daisy Fuentes was hired as a weather girl for a Spanish-language Telemundo affiliate. Her talents were quickly spotted by management, and she took a more substantial position at a Univision affiliate. In this role, she reported the evening news as well as acting as weather anchor.

By 1988, Fuentes was hosting MTV Internacional, a Spanish-language segment of MTV which aired on the Telemundo network. Instantly, Daisy skyrocketed to a much higher level of fame, and she was a well-known figure not only in Latin America, but also throughout the United States. She then officially joined MTV in 1993, becoming the first Latin VJ in the United States. During this period, she simultaneously hosted segments for English-language and Spanish-language MTV segments.

Among her many MTV responsibilities, Fuentes hosted "House of Style," a series focused on style and modeling. Soon enough, she had become one of MTV's most popular and well-known hosts. With this heightened fame came a number of spokeswoman and brand endorsement contract offers. In addition, Fuentes was given the opportunity to branch out into acting, appearing on series such as "Loving," "Dream On," "The Larry Sanders Show," and "Cybill."

New hosting opportunities outside of MTV also presented themselves. Within a few short years, Fuentes found herself hosting shows like "America's Funniest Home Videos," the "ALMA Awards," "Dick Clark's New Year's Rockin' Even," the "World Music Awards," the Billboard Latin Awards, and many other events and shows. In addition, Daisy became a regular host for various beauty pageants, such as Miss Teen USA, Miss USA, and Miss Universe.

In 2000, Fuentes booked a guest-starring role in the series "Queen of Swords." She then booked a role alongside Steven Borden in the film "Shutterspeed," which went straight to television. As of 2020, Daisy acts as host for the Telemundo show "La Voz Kids," which is the Spanish version of the well-known show "The Voice." She also came on the "Fantasy Focus" podcast as a guest.

Modeling and Fashion: Over the years, Fuentes has been on countless magazine covers as a model. In 2005, she was named one of the most beautiful women in the world by "People en Espanol" magazine.

Relationships: In 1991, Fuentes married Timothy Adams, a model and actor. The marriage ended in 1995. Following this breakup, Daisy dated Luis Miguel for three years before their relationship ended in 1998. After dating singer Matt Goss, Fuentes started living with him, and eventually the pair became engaged in 2003. In 2010, it was reported that Goss and Fuentes had broken up without ever getting married. In 2015, Fuentes married another singer, Richard Marx.

Brand Endorsements: Fuentes has supplemented her TV salaries with a number of lucrative brand deals. The most notable of these was with the cosmetics giant Revlon, with which she signed an international, multi-year contract. She has also appeared in television commercials for brands like Pantene, American Express, M&M's, and many others.

Business Ventures: In 2004, Daisy Fuentes launched her first clothing line. She then created a line of all-natural hair products in 2009. That year, she also released a workout video game for the Nintendo Wii, which was entitled "Daisy Fuentes Pilates." Daisy Fuentes has another lucrative contract with Zyloware, a company that manufactures sunglasses.

It is estimated that with each passing year, Daisy sells $300 million worth of merchandise, including clothing, sunglasses, hair products, fragrances, accessories, and other items. These products are sold primarily through department stores such as Kohl's.

Real Estate: In 2013, Daisy spent $5.75 million on an oceanfront home in Malibu. Her property includes over 50 feet of beachfront on Las Flores Beach. Other features include mahogany doors, coral stone decks, limestone fireplaces, and French oak flooring. In 2016, it was reported that Fuentes had put her home on the rental market, asking $25,000 per month for access to the 3,800-square-foot home.

Daisy also owns another Malibu mansion on the non-oceanfront side of the street, which she purchased with Richard Marx in 2015 for $5 million. In 2005, Daisy spent $4.5 million on a home in the Hollywood Hills. She sold this home in 2019 to actor Michael B. Jordan for $5.8 million in a quiet, off-market deal. Built in 1997, the home offers 4,530 square feet of living space, including three bedrooms and three bathrooms. A private balcony overlooks a long swimming pool, and the residence also features a spacious motor court. 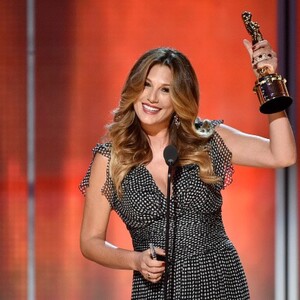