Cynthia Scurtis net worth: Cynthia Scurtis is an American teacher who has a net worth of $10 million. Cynthia Scurtis was born in Coconut Grove, Miami, Florida in December 1972. She is best known for being married to professional baseball player Alex Rodriguez from 2002 to 2008.

She has two children: Ella Alexander and Natasha Alexander. She earned her master's degree in psychology from Nova Southeastern University and taught high school. Her divorce settlement was said to include the couple's $12 million mansion. In October 2018, Alex petitioned a judge to reduce the monthly alimony support payments he makes to Cynthia. In his filing, Alex claims his annual income has dropped 90%, from $30 million to $3 million, since retiring. He further asserted that Cynthia is very wealthy now thanks to his previous payments and settlements and therefore should be able to take care of herself at this point. 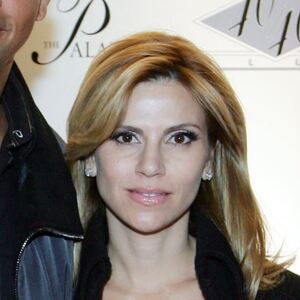