What was Cynthia Lennon's net worth?

Cynthia Lennon was the former wife of the late musician John Lennon. At the time of her death in 2015, Cynthia had a net worth of $6 million. Cynthia and John had a son, Julian Lennon.

Cynthia Lennon was born on September 10, 1939 in Blackpool, Lancashire, England. When Liverpool became a frequent target of German air raids during World War II, the family moved to Hoylake on the Wirral Peninsula. At the age of 11, Cynthia won an art prize in a competition for the local newspaper.  Her father died when Cynthia was 16 from lung cancer. She attended Liverpool's Junior Art School and later the Liverpool College of Art, where she met John Lennon, who was reportedly always borrowing her supplies. One day, he brought a guitar with him into class and sang "Ain't She Sweet" directly to Cynthia.

Lennon asked Cynthia out after a college party to celebrate the end of the term. Cynthia replied that she was engaged to another young man back home, to which Lennon replied "I didn't ask you to fucking marry me, did I?" The two had their first date at Ye Cracke Pub in Liverpool. Lennon had a nasty jealous streak that sometimes manifested itself in violent behavior towards her, such as when he slapped her and caused her head to hit a wall after she danced with another guy. She broke up with him for three months over the incident but they resumed their relationship. Meanwhile, her schoolwork was beginning to suffer and her teachers advised her that her relationship with Lennon was harming her work. In 1960, Lennon, with the Beatles at this point, took up their first residency in Hamburg, Germany. During the residency, Lennon would write frequent, passionate letters back home to Powell. When they went to Germany for a second time 1961, Powell visited two weeks later. The following year, during another tour in Hamburg, Lennon failed her art teacher's diploma exam and found out she was pregnant with John's child, later explaining that the two had never used contraception. Lennon insisted they get married.

Cynthia married John Lennon on August 23, 1962 at the register office in Liverpool. Fellow bandmates Paul McCartney and George Harrison, as well as their manager Brian Epstein, were the only people in attendance. They had a party afterwards at Reece's restaurant in Clayton Square. They had no honeymoon, as John had to play a show at the Riverpark Ballroom in Chester the same night as their wedding. Their son Julian Lennon was born on April 8, 1963 at Sefton Hospital. Julian was born during the height of the phenomenon known as Beatlemania, and their following was fanatic among the girls in Liverpool. Their manager Epstein had allowed Powell and Lennon the use of his flat in Liverpool and paid for a private hospital room, telling the Lennons that the marriage and the baby were to be kept a close secret, "so as not to upset any of these fans." Julian and his mother were in constant hiding from the press and numerous Beatle fans.

The family eventually moved to London and found a three-bedroom flat, a six-floor walk up. Unfortunately Beatles fans soon found out where they were living and would camp out in the hallway waiting for them to leave or return. When Cynthia accompanied Lennon to the U.S. on the first Beatles' tour there, Epstein was infuriated when Lennon allowed the couple to be photographed together. It would be the only time Cynthia would go to the United States with the Beatles. Around this time, all the significant others of the Beatles were dealing with danger from female Beatles fans, and Cynthia was even kicked in the legs at point by a fan who demanded she "leave John alone." 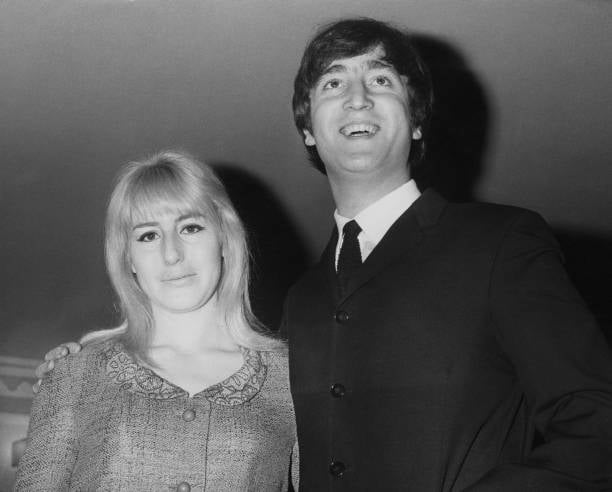 Before the Beatles left for a tour in India in 1968, Cynthia found letters from Yoko Ono to Lennon. Lennon denied any involvement with Ono and explained that she was just a "crazy artist." During the flight back to England, a drunken Lennon confessed to Cynthia that he had been involved with "thousands" of other women during their marriage, including with groupies and friends such as Joan Baez and actress Eleanor Bron.

In May 1968, Lennon suggested Cynthia take a vacation in Greece with her friends, and that he would be busy recording songs for the new album. which would eventually become "The White Album." Cynthia got home earlier than expected on May 22, 1968, and discovered Lennon and Ono sitting cross-legged on the floor staring into each other's eyes. She also found Ono's slippers outside of their bedroom door.

Obviously furious, she went to spend the night with friend Jenny Boyd. When Cynthia returned home the next day, Lennon acted like nothing had happened, and expressing his love for her and their son. News of Ono's pregnancy broke soon after and Cynthia began divorce proceedings against Lennon, even though he had already begun his own.

The two met one more time, with Ono alongside Lennon, where Lennon accused Cynthia of having an affair in India. Later, Paul McCartney checked up on Cynthia and Julian's welfare and composed a song in his head which later became "Hey Jude." As Cynthia recalled:

"I was truly surprised when, one afternoon, Paul arrived on his own. I was touched by his obvious concern for our welfare … On the journey down he composed 'Hey Jude' in the car. I will never forget Paul's gesture of care and concern in coming to see us."

The couple's divorce was final in 1968 and he married Yoko Ono the following year.

Up until her death she lived in Majorca, Spain with her fourth husband Noel Charles. Cynthia owned a restaurant called Oliver's Bistro located in Ruthin, Wales from 1973 until she sold the business in 1983. She wrote two books about her life with John Lennon, the first in 1978 titled "A Twist of Lennon" and the second "John" in 2005. On October 9, 2010 Cynthia and her son Julian attended the unveiling ceremony in Liverpool of the John Lennon Peace Monument. Cynthia Lennon died on April 1, 2015 of cancer at the age of 75. 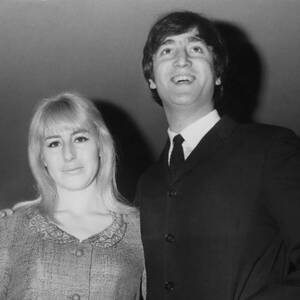