Crystal Harris Net Worth: Crystal Harris is an American glamor model, singer and television personality who has a net worth of $5 million. Crystal Harris was born on April 29, 1986, in Lake Havasu City, Arizona. She first garnered world's attention as a Playboy Playmate, and then as third wife of Hugh Hefner.

Harris began to model while she was studying at the San Diego State University. Pretty soon she came to the attention of the Playboy organization. Once she met the founder and chief creative officer of Playboy Enterprises, and most importantly her future husband, Hugh Hefner, her career took an upward turn. At first, she appeared as "Co-Ed of the week" on Playboy.com magazine during the week of October 30, 2008, and then, she became the Playboy Playmate of the Month for December 2009. In the meantime, Harris could be also seen in one of the seasons of E!'s The Girls Next Door reality show, as well as she saw the release of her debut single "Club Queen" on June 14, 2011. Being Hefner's fiancee since December 24, 2010, Crystal made the headlines on June, 14, 2011, when she broke off the engagement only five days before their planned wedding. The couple reconciled in early 2012 and married in a small ceremony on December 31, 2012. 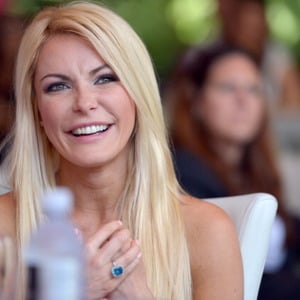