Cristina Ferrare net worth: Cristina Ferrare is an American actress, author, television personality, and fashion model who has a net worth of $20 million. Cristina Ferrare was born in Cleveland, Ohio in February 1950. At 14 her family moved to Los Angeles, California and she signed with a modeling agency and 20th Century Fox film studios.

She first starred in the movie The Impossible Years in 1968. Ferrare also starred in the movies J.W. Coop, Mary, Mary, Bloody Mary, and The Weather Man. She also appeared in episodes of the TV series Sword of Justice, Vega$, The Love Boat, Matt Houston, Fantasy Island, and Dream On. Ferrare hosted the television series Incredible Sunday in 1988. Since 2012 she has been the host of the TV series Home & Family. She is a designer who owns the brand Ferrare With Company. She has also been featured in cooking segments on The Oprah Winfrey Show and later got her own show Big Bowl of Love on the OWN. Cristina has been married three times including to John DeLorean and Anthony Thomopoulos. 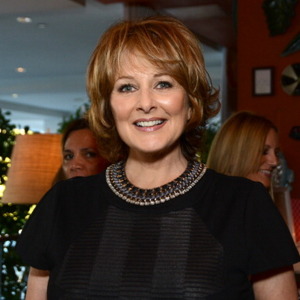