Cressida Bonas Net Worth: Cressida Bonas is a British young woman who has a net worth of $500 thousand. Cressida Bonas, known to friends as "Cressy," was born February 18, 1989. She is best known as the on-again, off-again girlfriend of Prince Harry (Captain Harry of Wales). Born to Jeffrey Bonas and Lady Mary-Gaye Curzon, Mary-Gaye, daughter of the late Earl Howe, Mary-Gaye has had three other husbands and four other children. Cressida is descended from King Charles II. Her sister Pandora is the eldest of the bunch of siblings and is Cressida's half sister from her mother's first marriage to the late Esmond Cooper-Key. Next are artist Georgina, Isabella, and Jacobi, three half-siblings from Mary-Gaye's second marriage to businessman John Anstruther-Gough-Calthorpe. Georgina is an artist, Isabella, also known as Bella, is an actress and Jacobi is one of Britain's most eligible bachelors. Isabella was thrown into the limelight when Prince William was rumored to have feelings for her, before he married Kate. Isabella went on to marry Sam Branson. Cressida Bonas was thrown into the spotlight (and under a microscope) ever since being romantically linked to Prince Harry in 2013. 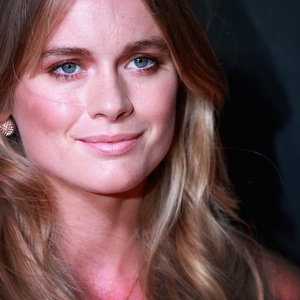