Coco Rocha net worth: Coco Rocha is a Canadian fashion model who has a net worth of $6 million. Coco Rocha has earned her net worth as a professional model for SUPREME, as the cover model for the February 2006 edition of Vogue Italia, a 2006 Spring/Summer New York runway model, and a Paris Fashion Week model. She has modeled the designs of such well-known fashion designers as; Stella McCartney, Shiatzy Chen, Christian Lacroix, Emanuel Ungaro, and Marc Jacobs. Coco was born on September 10, 1988 in Toronto, Ontario and she was raised in Richmond, British Columbia. She is of Irish, Russian and Welsh descent and she has been married to James Conran since 2010. In addition to Vogue her face has also appeared on the cover of several other popular fashion magazines like; Flare, Fashion, Numero, W, Harper's Bazaar, and Time Style & Desingers. Rochas has been represented by many magers suxh as; Model Quest, Wilhelmina Models, Storm Model Management and the Marylin Agency. In 2010 Rocha hosted the MTV Video Music Awards, later in February of 2012 appearded in a commerical for the White House Black Market. Ceft and Company created the event where Rocha was featured tap-dancing. As of this writing she has more than 1.4 million followers on Instagram. She at one time was the most-followed fashion model on Google+, but that social media platform has since been shuttered. 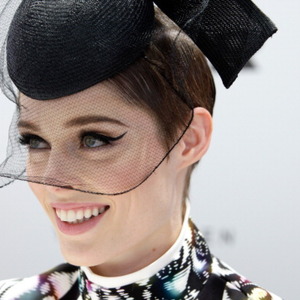