How much is Claudia Schiffer Worth?

Claudia Schiffer net worth: Claudia Schiffer is a German model and actress who has a net worth of $60 million. Claudia Schiffer originally found success in the modeling industry due to her striking resemblance to actress Brigitte Bardot. She began her rise to notoriety as a cover model for magazines like Elle. She then quickly attained supermodel status when she became the face of Chanel, and became a worldwide superstar in campaigns for Guess? Jeans and on the cover of Vogue. She also continued to be associated with a myriad of different products, including Pepsi, Citroen, and Fanta. Schiffer also dabbled in the world of film, making her big-screen debut in Richie Rich, going on to make cameo roles in The Blackout, Black and White, Life without Dick, and more. Two of her most famous cameos were in Zoolander and Love, Actually. She even made an appearance in the beloved sitcom Arrested Development. Like all models, her career has been on the decline as she's gotten older, but it's safe to say that Claudia Schiffer will continue to be one of the most famous models of all time. 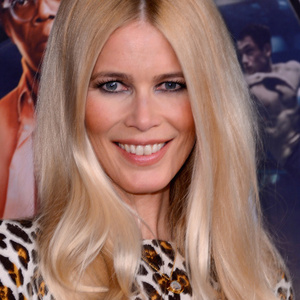