What is Cindy Crawford's Net Worth?

Cindy Crawford is an American model and businesswoman who has a net worth of $400 million. That is a combined net worth with her husband, tequila entrepreneur Rande Gerber, a highly-successful entrepreneur who co-founded Casamigos tequila with George Clooney. They have been married since 1998 and have two daughters. On her own, Cindy's fortune would easily top $200 million.

Known for her signature mole above her lip, Cindy Crawford is one of the five "Original Supermodels," along with Naomi Campbell, Linda Evangelista, Christy Turlington, and Tatjana Patitz. "Men's Health" named her one of the 100 Hottest Women of All-Time, and VH1 ranked her at #3 on their 40 Hottest Hotties of the 90s list. She was also included on "People" magazine's 50 Most Beautiful People list in 2002. Over the years, Cindy has appeared in music videos for artists including George Michael, Jon Bon Jovi, Duran Duran, and Taylor Swift. She hosted MTV's "House of Style" from 1989 to 1995 and has appeared in episodes of the TV series "3rd Rock from the Sun," "According to Jim", "Wizards of Waverly Place," and "Cougar Town."

Cindy Crawford was born Cynthia Ann Crawford on February 20, 1966, in DeKalb, Illinois. She grew up with mother Jennifer (a bank teller), father Dan (an electrician) and sisters Chris and Danielle. Cindy also had a brother, Jeffrey, who sadly passed away from childhood leukemia when he was just 3 years old.

Crawford attended DeKalb High School and took part in a fashion shoot for a local store during her junior year. Later that year, photographer Roger Legel took Cindy's photo for "DeKalb Nite Weekly," and at age 17, she was runner-up in the Elite Model Management's Look of the Year contest. Crawford was the valedictorian of her high school when she graduated in 1984, and she briefly attended Northwestern University on a chemical engineering scholarship. She dropped out of college to focus on modeling, and after she moved to New York, she was signed by the Elite New York modeling agency in 1986.

Crawford was one of the most popular supermodels of the 1980s and 1990s, appearing on the covers of hundreds of magazines, including "Vogue," "People," "Cosmopolitan," and "Elle." She participated in runway shows for Versace, Chanel, Calvin Klein, and several other major designers and was featured in campaigns for Oscar De La Renta, Valentino, Revlon, Maybelline, and more. In 1990, she graced the cover of "British Vogue" with Campbell, Evangelista, Turlington, and Patitz and appeared with them in George Michael's "Freedom '90" music video. In 1992, Cindy released her first workout video, "Cindy Crawford: Shape Your Body" and followed it with 1993's "Cindy Crawford: The Next Challenge Workout," 2000's "Cindy Crawford: A New Dimension," and 2001's "Mini-Muscles with Cindy Crawford and the Fit-wits." In 1989, MTV gave Crawford her own show, "House of Style, and she hosted it until 1995. She starred in Pepsi commercials in the early 1990s, including one that aired during Super Bowl XXVI. In 1995, Cindy played an attorney in action thriller "Fair Game," and she appeared in 1998's "54" as a celebrity patron of the famed disco.

Cindy retired from full-time modeling in 2000, and in 2005, she created the Meaningful Beauty line of beauty products with Dr. Jean-Louis Sebagh. She launched the Cindy Crawford Home Collection furniture line in 2005 and the Cindy Crawford Style home goods line (for J.C. Penney) in 2009. She also has a furniture line called Cindy Crawford HOME with Raymour & Flanigan. In May 2011, she came out of retirement to appear on the cover of "Vogue Mexico," and she appeared on the cover of "Vogue Paris" with her daughter in April 2016. In 2015, she released "Becoming," a book she co-wrote with Katherine O'Leary, and in 2017, she took part in the Versace spring/summer fashion show in honor of the late Gianni Versace. In 2018, Cindy and her husband became part-owners of Nate 'n Al when the iconic Hollywood deli was in danger of closing. 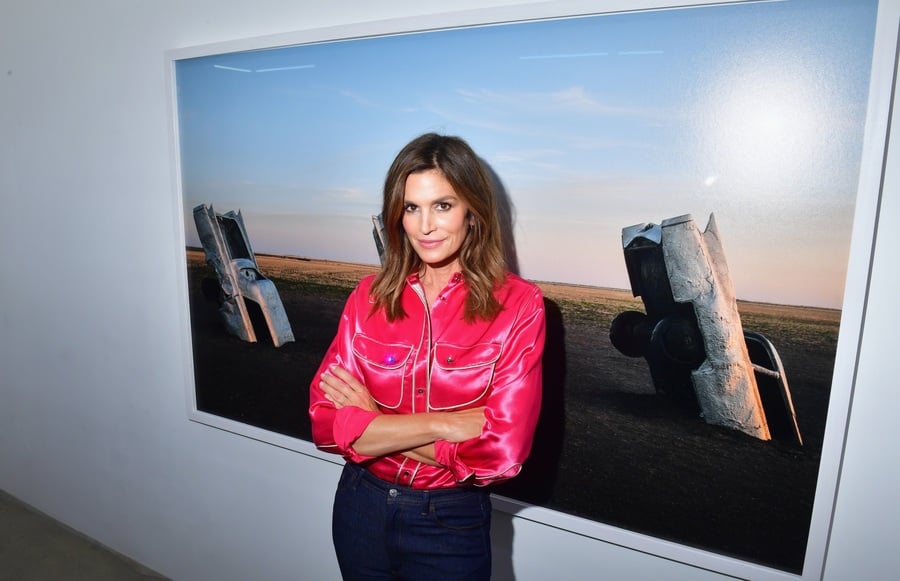 Cindy married actor Richard Gere in Las Vegas on December 12, 1991, and they divorced in 1995. She went on to marry Rande Gerber, a businessman and former model, on May 29, 1998, and they welcomed son Presley on July 2, 1999 and daughter Kaia on September 3, 2001; both children have followed in their parents' footsteps and pursued modeling careers. Crawford is passionate about charity work and has supported the University of Wisconsin–Madison's pediatric oncology program (where her brother received cancer treatments) as well as charitable organizations that are dedicated to childhood leukemia. Cindy is a member of the Ronald McDonald House Charities' celebrity board, the Multiple Myeloma Research Foundation's honorary board, and the California Wildlife Center's honorary committee.

Cindy and Rande own or have owned a number of extremely impressive properties over the decades. Some notable examples include:

In 1998 Rande and Cindy paid $1.85 million for their first oceanfront Malibu home. They listed this home for sale in 2019 for $7.5 million. Before listing it for sale they had been renting this home for $45,000 per month.

In 1999 the Crawford-Gerbers paid $4.8 million for a massive oceanfront property in Malibu. In 2015 they paid a mouth-watering $50.5 million for the two-parcel property next door to create a 6-acre compound. In 2018 the sold half of the property for $45 million. Here is a video tour of that property from when it was listed:

They previously owned a mansion in the uber-exclusive El Dorado Golf & Beach Club community in Los Cabos, Mexico. Rande's tequila partner George Clooney owned the house next door. In April 2016 a Mexican billionaire paid $100 million to buy both homes at once, $50 million a pop.

They previously owned a 23-acre property in the hills above Malibu that at one time was a kid's camp. They bought the property in 2014 for $6 million, spent millions on upgrades and renovations, then sold it for $13.3 million in 2016. 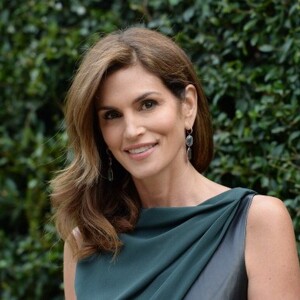