How much is Christy Turlington Worth?

Christy Turlington was born on January 2, 1969 in Walnut Creek, California the middle of three daughters born to Dwain Turlington, a pilot for Pan American World Airways, and María Elizabeth, a flight attendant from El Salvador. She was discovered by a local photographer while riding horses in Miami where her father was working as a training captain for Pan Am. Turlington began modeling after school and during summers while she attended high school. After turning 18, she moved to New York City to model full-time. She has appeared on over 500 magazine covers and has been featured in several professional photo books. Turlington also appeared in the music videos for Duran Duran's 1986 hit "Notorious" and George Michael's 1990 hit "Freedom" which also featured Naomi Campbell, Linda Evangelista, Cindy Crawford, and Tatjana Patitz. In 2005 Turlington began working with the international humanitarian organization CARE and has since become their Advocate for Maternal Health. Turlington has been married to actor, director, and writer Edward Burns since 2003. The couple has two children. 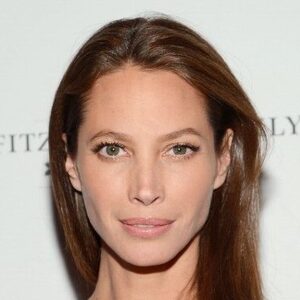