What is Christie Brinkley's net worth?

Christy Brinkley is an American model, entrepreneur and actress who has a net worth of $100 million. Christie first became internationally famous in the 1970s as a Sports Illustrated swimsuit model. She eventually went on to become one of the most-successful and highest-paid models in the world. She rose to fame in the 1970s thanks to her appearances in Sports Illustrated Swimsuit Issues, and for 25 years served as the face of CoverGirl. With a career spanning over three decades, Brinkley has been featured on more than 500 magazine covers, and has worked with a plethora of major brands.

Christie Brinkley was born as Christie Lee Hudson in 1954 in Monroe, Michigan. Afterward, her family moved to Los Angeles, where her mother Marjorie met and married TV writer and producer Donald Brinkley. The family lived for a while in Malibu, and then in Brentwood. Brinkley went to school at Paul Revere Junior High, and from 9th to 12th grade attended Le Lycée Français de Los Angeles. Upon graduating in 1972, she moved to Paris in order to study art.

It was in a post office in Paris, in 1973, that Brinkley was discovered by American photographer Errol Sawyer. Taking her first modeling pictures, Sawyer introduced Brinkley to Elite Model Management, where she met influential fashion photographers such as Mike Reinhardt and Patrick Demarchelier. When Brinkley returned to California, she had already been booked for three national ad campaigns.

Soon after, Brinkley was making multiple appearances on the cover of Glamour, and was signed to a record 25-year contract with CoverGirl. From 1979 to 1981, she appeared on three consecutive covers of the Sports Illustrated Swimsuit Issue, the first time that had ever happened. Brinkley appeared in subsequent issues and on TV specials for many years afterward. Among the hundreds of other magazine covers to feature her are Vogue, Newsweek, Cosmopolitan, Esquire, Harper's Bazaar, Rolling Stone, and US. Meanwhile, she has held contracts with such brands as Max Factor, Nissan, Revlon, Prell, Diet Coke, and Chanel No. 19. Brinkley has been photographed in over 30 countries across six continents.

Beyond modeling, Brinkley has also appeared in film, as well as on stage and television. Her first role was in 1983's "National Lampoon's Vacation," in which she played the iconic, unnamed girl in the red Ferrari. This memorable bit part was reprised by Brinkley many times, including in 1997's "Vegas Vacation," in commercials for DirecTV and Infiniti, and on a 2019 episode of ABC's "The Goldbergs." Meanwhile, her television appearances include a recurring role on NBC's "Parks and Recreation" and a guest spot on "Mad About You."

Brinkley made her debut on stage in 2011, playing the leading role of Roxie Hart in the musical "Chicago." She did a one-month engagement of the production at London's Cambridge Theatre, and then performed the role on Broadway. With the National Tour Company, she gave a total of 182 performances in cities that included Boston, Los Angeles, and Hartford.

Businesses and Other Endeavors

In addition to doing endorsements for Total Gym home fitness equipment, Brinkley has a handful of brands of her own, including Bellissima Prosecco, Christie Brinkley Authentic Skin Care, and Christie Brinkley Eyewear. She has been involved in a myriad of other endeavors, as well. In 1983, she wrote and illustrated "Christie Brinkley's Outdoor Beauty and Fitness Book," which ended up on top of The New York Times' bestseller list. Brinkley also illustrated the cover of Billy Joel's 1993 album "River of Dreams," ultimately winning Rolling Stone Magazine's award for Best Album Cover of the Year.

On the beauty side, Brinkley has designed clothes for the Simplicity Pattern Company, and helped design a line of prescription glasses for Nouveau Eyewear. Additionally, she has released a jewelry collection and a signature fragrance. 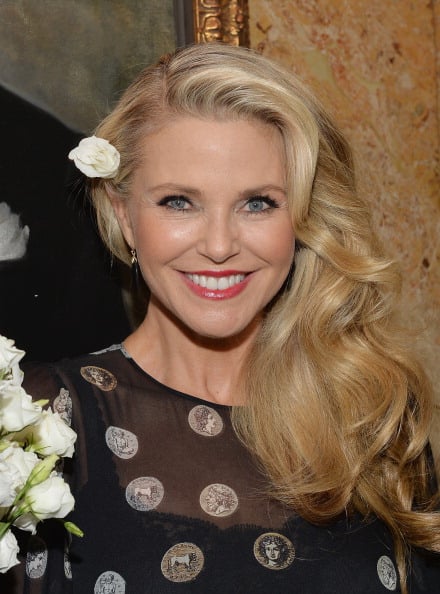 Brinkley has had a long and storied romantic life, with four marriages in total as of 2021. She first wed French artist Jean-François Allaux in 1973, and got divorced in 1981. Next, in 1985, she married musician Billy Joel, with whom she had one child, a daughter named Alexa Ray Joel who is a singer. The couple divorced in 1994. Later that year, Brinkley married real estate developer Richard Taubman in Telluride, Colorado, near the site where they had both recently been in a helicopter crash. They had one child, a son, before divorcing in 1995. The following year, Brinkley wed architect Peter Halsey Cook. With one child, a daughter, they divorced in 2008. Other relationships over the years have been with Moët-Chandon scion Olivier Chandon de Brailles, who died in a car crash, and musician John Mellencamp.

Brinkley also has a history of political and philanthropic involvement. Since the late 1990s, she has given around $1 million to various Democratic groups and candidates, including Barack Obama, Hillary Clinton, and the Democratic National Committee. Moreover, she has taken part in anti-nuclear protests, and advocates for animal rights through PETA.

Surprisingly, the majority of Christie's net worth does not come from her modeling career. Brinkley has made a number of extremely wise real estate investments over the years. She has primarily invested in property in the ultra exclusive New York beach town of The Hamptons. Her portfolio of real estate is easily worth $60 million or more. For example, in the mid-1990s, Christie spent $2.7 million over several transactions on a 21-acre Hamptons home. She listed this property for sale in 2007 for $30 million, ultimately selling for $17 million.

Her current residence, Tower Hill, is a 20-acre estate dating back to 1891. A gated compound comprised of three separate lots and a 50-foot-tall observation tower, it features a four-bedroom, five-bath main house, as well as a four-bedroom, two-and-a-half-bath guest house with a greenhouse conservatory.

Also in the Hamptons, Brinkley has a five-bedroom estate spanning about four-and-a-half acres; it boasts a pool, chef's kitchen, a master suite, and a private terrace that overlooks the harbor. Built in 1843, the home retains original details including an oak banister and grand columns. 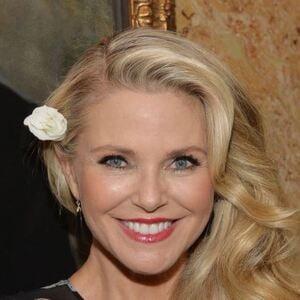