What is Chrissy Teigen's net worth?

Chrissy Teigen is an American model and social media personality who has a net worth of $100 million dollars. That is a combined net worth with her husband, musician/producer John Legend. He is responsible for the vast majority of the couple's wealth, though in recent years Chrissy has earned north of $10 million on her own through modeling, endorsement, and television projects.

Christine Diane Teigen was born on November 30, 1985, in Delta, Utah. Delta is a small, rural town located about 133 miles southwest of Salt Lake City. The family moved often for her dad's work as an electrician. During her childhood, they lived in Washington state, Idaho, and Hawaii. She attended high school at Snohomish High School in Washington, where she was a cheerleader. Eventually, her family settled in Huntington Beach, California. She was discovered as a teenager by a model scout when she was working at a surf shop. Teigen is of Norwiegen (dad) and Thai (mom) descent.

Chrissy Teigen began her professional modeling career in 2004 as an IGN Babe. She is represented worldwide by IMG Models in New York. She was a substitute briefcase girl on "Deal or No Deal" in 2006-2007. She was on the cover of Maxim's calendar in 2007. She has modeled for campaigns for a wide variety of companies and brands including Nike, Gap Factory, Venus, Gillette, XOXO, UGG Australia, Rock and Republic, Beach Bunny Swimwear, Nine West, and Billabong, to name just a handful.

Her friend Brooklyn Decker introduced her to the people at the SI Swimsuit Issue. In 2010, Teigen appeared in the Sports Illustrated swimsuit issue for the first time. She was named the issue's Rookie of the Year. Teigen went on to be a part of the 2011, 2012, 2013, and 2014 swimsuit issues. She appeared on the cover of the 50th-anniversary issue of the swimsuit issue in 2014.

Teigen has appeared on a number of magazine covers and in editorials for Cosmopolitan, Esquire, Glamour, and Italian Vogue, to name just a few.

Chrissy was a featured character in the 2011 EA Sports video "Need For Speed: The Run." In 2012, Teigen was named Spike TV's "Our New Girlfriend."

She has also served as a recurring guest host and contributor on E!, TMZ, MTV, FUSE/MSG, and "Extra" with Mario Lopez. She has appeared on "America's Next Top Model" and Bravo's "Watch What Happens Live." She was the host of the reality competition show, "Model Employee" on VH1. Teigen appeared on an episode of  "Inside Amy Schumer" playing a relationship counselor based on her real-life personality. She also appeared on "The Mindy Project."

Teigen is the author of two cookbooks "Cravings: Recipes for All of the Food You Want to Eat" and "Cravings: Hungry For More." The first book was a New York Times Best-Seller and the second-best-selling-cookbook of 2016. She released a line of cookware through Target called "Cravings by Chrissy Teigen" at the same time as her second book. Teigen launched her cooking website, Cravings by Chrissy Teigen in late 2019.

Teigen was a judge for NBC's comedy competition series "Bring the Funny" in 2019.

As of 2020, Teigen is starring in "Chrissy's Court," a "Judge Judy"-style courtroom reality series that debuted in April 2020 on Quibi. Teigen is also the executive producer of the series. She also appeared in an episode of "The Simpsons" called "The Miseducation of Lisa Simpson," a play on the title of the album "The Miseducation of Lauryn Hill." She was on the second episode of Ellen DeGeneres' show "Ellen's Game of Games." 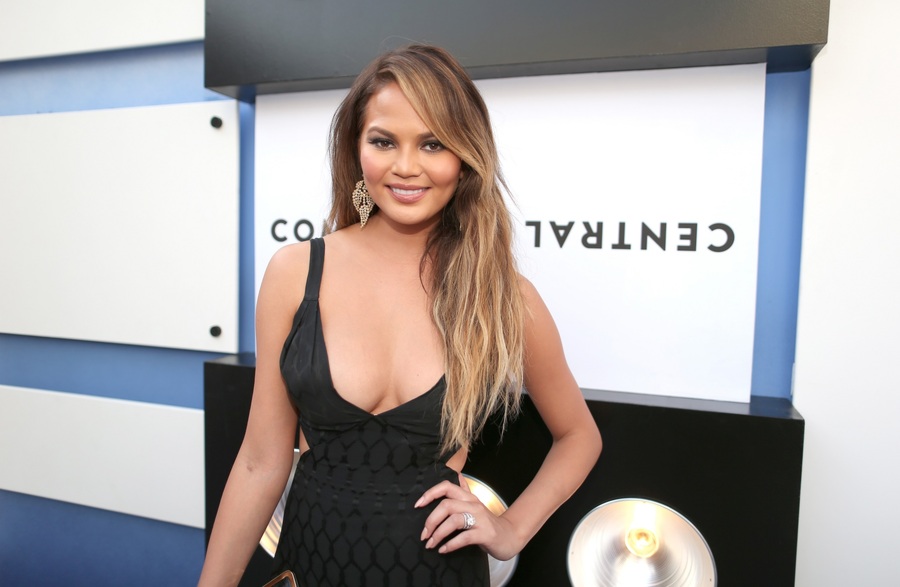 Chrissy Teigen and John Legend first met on the set of his 2006 music video for "Stereo." He proposed to her in December 2011. They got married on September 14, 2013, in Como, Italy. They welcomed their first child, a daughter named Luna, in April 2016. They welcomed a son named Miles in 2018. Both children were conceived using in-vitro fertilization. Chrissy has been open about her struggles with post-partum depression.

In 2013, Teigen appeared in her husband John Legend's music video for the song "All Of Me," which he wrote about their relationship.

Chrissy has been an outspoken critic of President Donald Trump. He blocked her on Twitter in July 2017. In June 2018, she made a $72,000 donation to the ACLU on Trump's 72nd birthday.

In 2020, Teigen had her breast implants removed. A month after that surgery, she revealed that she was considering a second surgery to have a breast reduction. Teigen took to Instagram to show off an outfit in July 2020 and commented "Yes, they are still huge."

In 2018 alone, Chrissy earned around $12 million thanks to her various endeavors. That was enough to make her the third highest-paid model on the planet for the year.

In April 2020, Legend and Teigen bought a $5.1 million modern contemporary house in West Hollywood, California – not far from their current Beverly Hills home, which they purchased for $14.1 million in 2016.  Their real estate portfolio also includes two penthouses in New York City. They bought one in May 2018 for slightly over $9 million and the second in April for $8 million.

In September 2020, John and Chrissy paid $17.5 million for the following mansion in Beverly Hills: 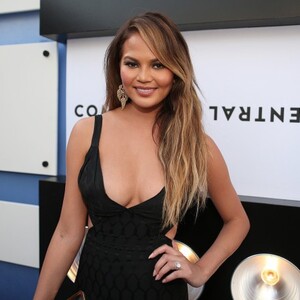