Chloe Lukasiak net worth: Chloe Lukasiak is an American dancer, television personality, model, and fashion designer who has a net worth of $6 million. Chloe Lukasiak was born in Churchill, Pennsylvania in May 2001. She is best known for being featured on the Lifetime reality television series Dance Moms from 2011 to 2014.

After Dance Moms she has continued her dance training and is working on acting and modeling. Lukasiak started dancing at the Abby Lee Dance Company at two years old and competed throughout the United States from ages four to 13. She won Choice Dancer at the 2015 Teen choice Awards and will star in the Lifetime movie Center Stage: Dance Camp. Lukasiak appeared on an episode of the Doctors in 2015 and revealed that she is working on a new fashion line. She is also a spokesmodel for the dancewear company Just For Kix. Chloe has been romantically linked to Disney Channel actor Ricky Garcia. 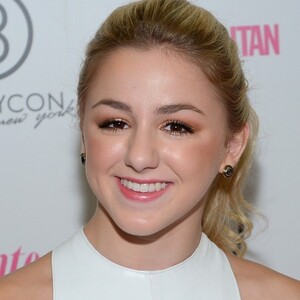