Chiquibaby Net Worth: Chiquibaby is a Mexican broadcaster, entertainment reporter, model and Mexican television host who has a net worth of $5 million. Stephanie Himonidis Sedano (aka Chiquibaby) was born January 13, 1981 in Guadalajara, Jalisco, Mexico. Chiquibaby is half Mexican on her mother's side and Greek on her father's side.

She is the older of two brothers. From 1998 to 2002 she studied communications and journalism at the Autonomous University of Guadalajara, and at the American Mexico Cultural Institute, she studied English. In 2001, Chiquibaby moved to the United States where she worked in radio on CBS. In 2008, she won an Emmy and in 2010 was highlighted in the book Secrets of Self-starters, alongside many other personalities such as writer of Chicken Soup, Jack Canfield. Chiquibaby has participated in several advertising campaigns in the United States as well as Latin America for Universal Studios, Disney, Verizon Wireless, Metro PCS, Jumex, Barcel, Ford, Pros Kia, Toyota, Proctor and Gamble, Post, Bansefi, Mahatma and State Farm, among others. 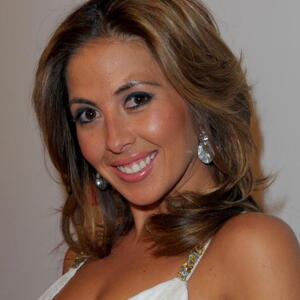