Cheryl was born in Breckenridge, Minnesota, on September 25 1947. Her career began when she was 17 years old after her bathing suit ad appeared in "Seventeen" magazine. Tiegs left California State University Los Angeles after her sophomore year to further her modeling career. She landed shoots with "Glamour", "Seventeen", "Elle", "Vogue" and "Harper's Bazaar". She went on to cover the "Sports Illustrated Swimsuit Issue" twice, the first model to do so, and appeared on "People" magazine's cover four times. Tiegs was profiled as the "All-American Model" in 1978 on the cover of "TIME". She landed the biggest modeling contracting reported at the time in 1979 with a two-year, one-point-five-million-dollar deal with Cover Girl.

She has been named to "People" magazine's 50 most beautiful people in the world list and is part of the "Sports Illustrated Swimsuit Issue" Hall of Fame. Tiegs appeared on "The Celebrity Apprentice" in 2012, playing for the Farrah Fawcett Foundation. She has several TV and film credits with appearances on "Girls Behaving Badly", "Family Guy", "Pathfinders: Exotic Journeys", "Walk Hard: The Dewey Cox Story" and "Just Shoot Me". She is the spokeswoman for Deepak Chopra's "Renewal: A Time For You" and is an active supporter of several organizations, including the International Planned Parenthood Foundation and City of Hope.

Tiegs was married four times, with her most recent union ending in 2001. She has three children, including twins who were born via a surrogate.

Real Estate: In May 1996, Cherly spent an undisclosed amount to buy a 1.5 acre property in Bel Air, California. She has tried to sell the house a number of times over the years. She first listed it for $12 million in 2013. She then tried offloading it for $15 million in 2015. In September 2019 she listed the property again for $18 million. She finally found a buyer in August 2020 for $14 million. The buyer ended up being her next-door neighbor, billionaire scion Lachlan Murdoch. The son of Rupert Murdoch, Lachlan made headlines in 2019 when he paid $150 million for a Bel-Air mansion called "Chartwell" that was made famous for being used in the opening credits for the 1960s show "The Beverly Hillbillies". 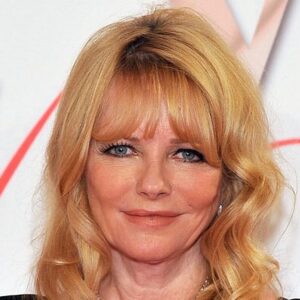