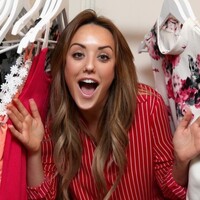 Charlotte Letitia Crosby net worth: Charlotte Letitia Crosby is an English reality television personality who has a net worth of $1 million. Charlotte Letitia Crosby was born in Sunderland, Tyne and Wear, England. She gained fame when she starred in the MTV reality series Geordie Shore in 2011. Crosby went on to win the 12th season of Celebrity Big Brother in 2013. Crosby has starred in all ten seasons of Geordie Shore. She presented the award for Best Male to Justin Bieber at the 2012 MTV Europe Music Awards. Crosby won Celebrity Big Brother in 2013 by defeating runner-up Abz Love. She has also appeared on the TV series The Sarah Millican Television Programme, Celebrity Big Brother's Bit on the Side, The Wright Stuff, Celebrity Juice, This Morning, Celebrity Wedding Planner, The Xtra Factor, Fake Reaction, The Charlotte Crosby Experience, Viral Tap, Britain's Got More Talent, and Ex On The Beach.