Houghton gained prominence after her much-publicized on-screen romance with Ordinary Boys singer Samuel Preston. The couple got married in August 2006 – however by November 2007, the pair was divorced. She re-entered the house for the last ever Big Brother, where she came third place. Houghton signed a £30,000 deal with Random House for her autobiography called Living the Dream. The 2006 publication sold 50,000 copies. She also worked for OK! Magazine and New! Magazine as BB8's columnist as well as appearing on popular British programs and becoming the face of La Senza Underwear range. Houghton also fronted PETA's campaign, Fight Impotence, Go Vegetarian. Despite her 'dipsy' personality, Houghton left school at 15 with seven GCSEs then worked in a bank as an insurance sales rep. She has a daughter Dolly Reid (born 2012) with TV personality Alex Reid. 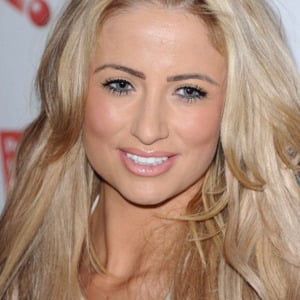