Celeste Thorson Net Worth: Celeste Thorson is an American actress, model, screenwriter, and activist who has a net worth of $2.5 million dollars. Celeste Thorson was born on July 23, 1984 in Orange County, California where she traveled much of the southwestern United States during grade school and high school, attending a number of private and public schools.

Her residence changed often as her family would acquire commercial and residential real estate stretching from Los Angeles and Southern California to New Mexico and Texas. After graduating early from high school, Thorson moved to San Miguel de Allende, Guanajuato, Mexico to continue the three-generation family tradition of attending the historic Instituto Allende. Thorson studied silver working, jewelry making, sculpture and bronze casting at the privately owned classical art institute. At the age of 17, Thorson returned to the United States and moved to Los Angeles to pursue political activism. Thorson quickly rose to the position of the Top Fundraiser in the Nation for the Public Interest Research Group. As a political activist she has worked to support many non-profit organizations such as Save the Children, Human Rights Campaign, Public Interest Research Group, and Sierra Club. She is best known for her role as an athletic host in her action TV series, "Destination X: Hawaii" and "Destination X: California". Thorson has written twenty four episodes of television for shows like "Destination X" and "The Industry". As a model she has been featured in modeling and commercial campaigns for Reebok, Lady Foot Locker, Yoplait, Sprint, Nissan Nokia, Samsung, Yahoo!, Body Glove, Toms Shoes, and Paul Mitchell. 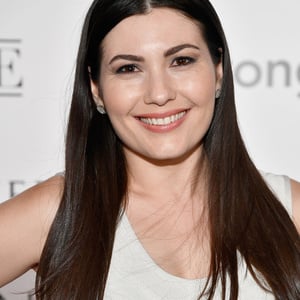