What is Cassandra "Elvira" Peterson's Net Worth?

Cassandra "Elvira" Peterson is an actress, singer, writer, and producer who has a net worth of $3 million. The TV personality gained prominence by becoming the gothic goddess Elvira, Mistress of the Dark on KHJ's weekly show "Elvira's Movie Macabre," which aired from 1981 to 1986, then returned in 2010.

Before Elvira, Peterson was a showgirl and had small roles as a topless dancer in the 1974 film "The Working Girls" and a showgirl in the 1971 James Bond movie "Diamonds are Forever." In addition to acting, Cassandra was the lead singer of an Italian rock band, I Latins Ochanats, which led to an appearance in the 1972 comedy "Roma." Peterson eventually joined musical/comedy acts Mamma's Boys and The Groundings, where Elvira slowly surfaced.

Cassandra Peterson was born on September 17, 1951, in Manhattan, Kansas. Cassandra was scalded by boiling water when she was very young, and she received skin grafts on more than 35% of her body and spent three months in the hospital. Peterson said of the experience, "I was severely burned, and I felt a little like a monster myself. I think I related to people like Frankenstein and The Mummy. The burns made me feel like an outcast and a loner." Cassandra grew up in Colorado Springs, and she saw her first horror movie, "House on Haunted Hill," when she was in elementary school. She attended Palmer High School, graduating in 1969, and as a teenager, she took a job as a go-go dancer at a gay bar.

At age 17, Peterson became the "youngest showgirl in Las Vegas," appearing in "Vive Les Girls!" at The Dunes. She moved to Italy in the early '70s and became the lead vocalist of the bands The Snails and I Latins Ochanats. After returning to the U.S., Cassandra toured with a musical/comedy act called Mammas Boys, and in 1979, she joined the improv troupe The Groundlings. In 1981, she began hosting "Elvira's Movie Macabre," and from 1982 to 1983, she was a KROQ-FM 106.7 radio personality. After being hired for "Movie Macabre," the producers let Peterson craft Elvira's image, which she worked on with her best friend, Robert Redding. Before the show started airing, Maila Nurmi, who was known for playing Vampira, sent producers a cease and desist letter, but the court ruled in Cassandra's favor on the basis that "'likeness' means actual representation of another person's appearance, and not simply close resemblance." 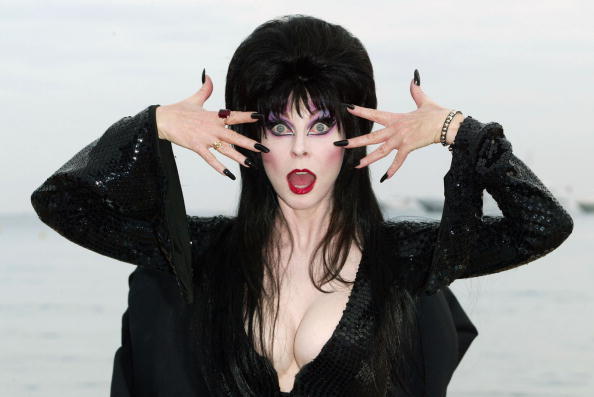 Cassandra married Mark Pierson on July 4, 1981, and they welcomed daughter Sadie on October 12, 1994. Pierson, a musician, began acting as Peterson's manager after they married. The couple divorced in 2003. In a 2014 interview with the "Huffington Post," Cassandra spoke about meeting Elvis Presley, stating, "I got to realize the dream of actually meeting Elvis and actually going out on a date with Elvis, so that was a dream come true for me." She credited Presley with giving her advice that changed her life, saying, "He is 100 percent responsible for me getting out of Vegas and going on with my career. Elvis said to me, 'You don't want to stay here, this is not a town you should be in.' And I don't think if that would've come from anybody but Elvis I would've done it."

In 2018, Peterson received a Lifetime Achievement Award at Hollywood Horrorfest, and she was inducted into the Horror Host Hall Of Fame in 2012. She won a Rondo Hatton Classic Horror Award for Favorite Horror Host in 2011 and was inducted into the organization's Monster Kid Hall of Fame in 2017. Cassandra was honored with the Spirit of Silver Lake Award at the 2001 Los Angeles Silver Lake Film Festival, and the Academy of Science Fiction, Fantasy & Horror Films nominated her for a Best Actress Saturn Award for "Elvira: Mistress of the Dark" in 1990.

In 2012, Peterson paid $925,000 for a three-bedroom, three-bathroom home in Los Angeles. She previously owned a 5,338 square foot property in Los Feliz, which she sold to Brad Pitt for $1.7 million in 1994. Cassandra said of the home, "Something weird was going on. Footsteps above my head on the ceiling. Clouds of smoke forming into what looked like a human and then disappearing. A black shadow floating on the bottom of the pool that wouldn't go away." After a priest performed an exorcism in the home and a Native American cleansed the home with sage, "it seemed to all go away." After selling that home, Cassandra and Mark purchased a 3,800 square foot, four-bedroom home for $800,000. 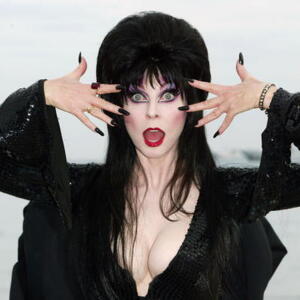