Casey Reinhardt net worth: Casey Reinhardt is an American actress, model, and spokesperson who has a net worth of $2 million dollars. Casey Reinhardt was born in Beverly Hills, California, and went on to attend Pepperdine University where she majored in Psychology and Pre-Law. She began competing in pageants when she was in her late teens, including Miss Malibu and Miss California Teen USA.

In 2005, she began appearing on the second season of the popular MTV reality series, "Laguna Beach: The Real Orange County". She parlayed her reality show appearances into multiple side careers. She launched her own lip gloss, "Kiss by Casey", in 2007. She also started a successful chain of cupcake shops, called Casey's Cupcakes. She currently has shops in five locations in southern California. She has also runs her own charity organization called, the C.A.S.E.Y. Foundation (Children's Alliance for the Success and Education of Youth in Need) that is focused on improving self-esteem and promoting education for children and teens. 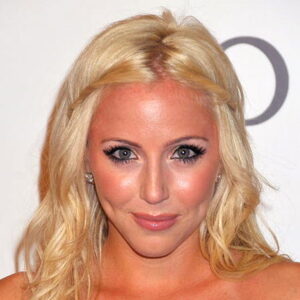