How much is Carolyn Murphy Worth?

Carolyn Murphy Net Worth: Carolyn Murphy is an American model and actress who has a net worth of $20 million. Born on August 11, 1974, in Panama City, Florida, Carolyn Murphy has risen to stardom as the professional face of the cosmetics giant Estee Lauder, her face being present in magazines and print ads worldwide. She was only 16 when her mother enrolled her in a modeling school, after which she started working as a model locally in Florida. As she entered the University of Virginia, Murphy was still modeling part-time landing engagements in Japan and Paris. At this period, Mario Testino shot her for French Vogue, Missoni, Et Vous, and Gucci. It was in 1994 that she was hired for Prada and subsequently appeared in lead magazines like Harpers Bazaar and Vogue. Four years later, she was named VH1/Vogue's "Model of the Year". Her beauty caught Barry Levinson's eye who soon gave her the role of "Dubbie" in his film Liberty Heights, which was released in 1999. In the same year, the American beauty was presented on the November 1999 Millennium cover of American Vogue as one of the "Modern Muses". Also being Calvin Klein's muse, she inked a contract for the perfume "Contradiction" along with her Liberty Heights costar, Justin Chambers. Not being new to the movie industry, the model often received offers to star in movies, including in "Pearl Harbor"and many others that followed. 2001 marks the exclusive contract that she signed with Estee Lauder. She still appears in their advertisements today, while she also shoot campaigns for Missoni, Versace and Tiffany & Co. Embodying the golden beauty of a sporty American blonde better than any other, Carolyn Murphy was featured on the cover of the Sports Illustrated Swimsuit Issue in 2005. By 2007, she has already joined the circle of highest-paid models and ever since she has accumulated more and more wealth. In her private life, she has a daughter, Dylan, with ex-husband Jake Schroder. 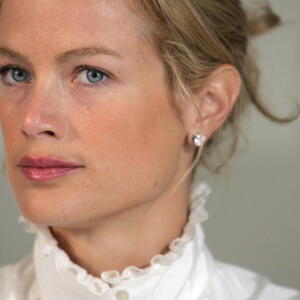