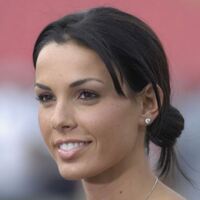 What is Carmella DeCesare's Net Worth?

Carmella DeCesare is an American model who has a net worth of $20 million. That is a combined net worth with her husband of many years, former NFL quarterback Jeff Garcia.

Carmella DeCesare was born in Avon Lake, Ohio in July 1982. Carmella responded Playboy's "Who Wants to Be a Playboy Centerfold" search that aired on a Fox Network special. She was named the Cyber Girl on the Week in October 2002 and the Cyber Girl of the Month in February 2013.

Carmella married former NFL quarterback Jeff Garcia in 2007 and the couple have  four children together. She is the vice-president of his charity the Garcia Pass It On Foundation.

Here is a video tour of their former home: