Carmella Bing net worth: Carmella Bing is an American adult actress who has a net worth of $2 million. Carmella Bing was born in Salem, Oregon in October 1981. Her real name is Sarah Marie Fabbriciano. Bing has more than 100 acting credits to her name dating back to 2005 and her latest credit was in 2013.

During her career Carmella Bing was nominated for an AVN Award in 2011 for Best Group Sex Scene. She is 5'10" with brown hair and eyes and measurements of 34F-28-36. Carmella Bing won a UK Adult Film Award in 2007 for best overseas female performer. She worked for many film studios including Hustler, Evil Angel, New Sensations, Vivid, and Jules Jordan Video. 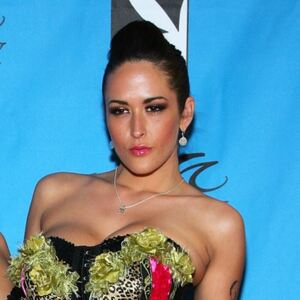