Carly Foulkes net worth and salary: Carly Foulkes, aka The T-Mobile Girl, is a Canadian model and actress who has a net worth of $3 million dollars and salary of $1 million per year. Born in Toronto, Ontario, Canada, Carly Foulkes began modeling when she was 13 years old, and subsequently appeared in national campaigns for Rugby Ralph Lauren, Macy's, Tommy Hilfiger, and Abercrombie & Fitch, as well as multiple successful campaigns in Asia and Europe.

She decided to shift her focus to acting, but found only intermittent success until she was cast as the new face of T-Mobile in late 2010. She was originally supposed to appear in two to three advertisements, but has instead become synonymous with the mobile company's image, appearing in multiple commercials, print campaigns, and viral videos. She has become something of a sex symbol, and has been described as the "picture-perfect brunette", and a cross between Anne Hathaway and Kim Basinger. She is most famous for appearing in T-Mobile's retooled ad campaign, which featured her riding around a futuristic city clad in a magenta bodysuit. 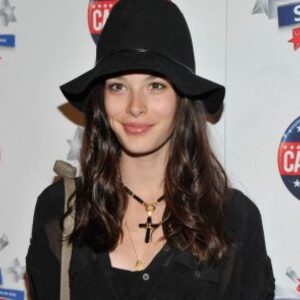