In 2007 she first appeared in the annual Victoria's Secret Fashion Show on American TV and her signature wide-set, pale blue eyes and plump lips put her in the modeling fast lane with a new career with Victoria's Secret as an 'angel'. She appeared in the 2008-10 editions of the show as well. In 2013, Swanepoel was named the cover model of the coveted Victoria's Secret Swim Catalogue. Swanepoel was also chosen to wear the "Fantasy Bra" in the 2013 Victoria's Secret Fashion Show. The $10 million bra, named the "Royal Fantasy Bra," was created by Mouawad (a privately held international jewelry company). The bra and its matching belt featured over 4,200 precious gems, including rubies, diamonds and yellow sapphires and set in 18 carat gold with a 52-carat ruby at the center. The "Royal Fantasy Bra" is the most expensive Fantasy Bra since the 2005 "Sexy Splendor Fantasy Bra" formerly worn by model Gisele Bündchen.

Early Life and Career Beginnings: Candice Swanepoel was born in 1988 in Mooi River, KwaZulu-Natal, South Africa to an Afrikaaner family. Her mother, Eileen, is South African, while her father, Willem, is from Mutare, Zimbabwe. Swanepoel has an older brother named Stephen. Growing up, she did ballet dancing, and went to boarding school at St. Anne's Diocesan College in the small town of Hilton. When she was 15, Swanepoel was discovered by a model scout in a flea market in Durban.

Additionally, Swanepoel has appeared in numerous advertising campaigns. She has helped market such brands as Tom Ford, Swarovski, Colcci, Nike, Juicy Couture, Miu Miu, Diesel, Guess?, and Prabal Gurung. Since 2007, Swanepoel has been in commercials for Victoria's Secret, and was a featured model in its 2010 Swim Catalogue alongside Erin Heatherton, Lindsay Ellingson, Behati Prinsloo, and Rosie Huntington-Whiteley. 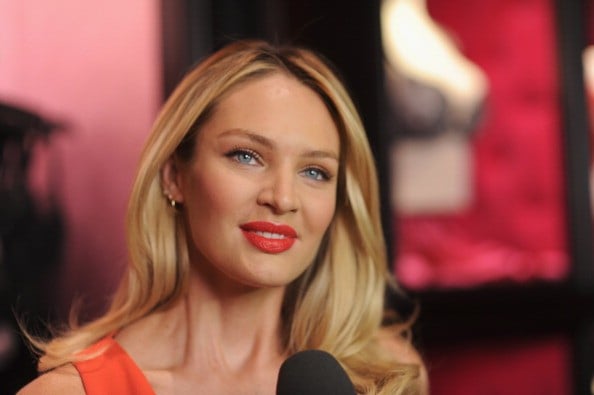 In 2018, Swanepoel launched her own swimwear collection, called Tropic of C, which features retro bikinis and minimalist one-pieces. In honor of this achievement, she won the award for Launch of the Year at the fifth Annual Daily Front Row Awards.

When it comes to her wealth, Swanepoel made her debut at number 10 on Forbes' list of the top-earning models. Between 2010 and 2011, her earnings were estimated to be at $3 million. In 2013, she jumped up a spot on the Forbes list to number nine, with estimated earnings of $3.3 million. For both the 2015 and 2016 lists, she came in at number eight, with earnings of $5 million and $7 million, respectively.

Real Estate: Previously, Swanepoel lived in a $1.35 million, two-bedroom and two-bathroom penthouse in New York City's East Village. The property included a balcony, a master bedroom with an en suite marble master bathroom, and an open-plan kitchen and living area. The building itself, meanwhile, boasts a 24-hour doorman, a sauna and massage room, and a fully staffed fitness room with lounge. In 2018, Swanepoel put the condo on the market for $1.89 million.

Personal Life and Charity: In 2005, Swanepoel began dating Brazilian model Hermann Nicoli, whom she met while modeling in Paris. From Nicoli, Swanepoel learned Portuguese, adding to her fluencies in Afrikaans and English. The couple got engaged in 2015, and had two sons: Anacã and Ariel. In 2018, they separated. Swanepoel splits her time between Brazil and New York City.

On the philanthropic side of things, Swanepoel is actively involved in mothers2mothers, an international non-profit charity dedicated to achieving an HIV-free generation of mothers and children in South Africa. Swanepoel has designed denims for the organization, and in 2019, became its patron and global ambassador. 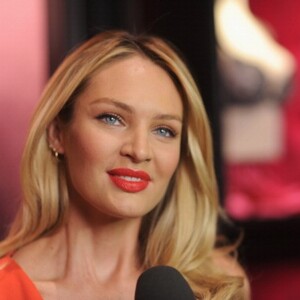