Caity Lotz net worth: Caity Lotz is an American actress, dancer, singer, and model who has a net worth of $2 million. Caity Lotz was born in San Diego, California in December 1986. As a dancer she toured with Lady Gaga and Avril Lavigne and starred in music videos for Lady Gaga, David Guetta and Estelle, Selena Gomez, Faith Evans, T-Pain, JoJo, and more.

She joined the girl group Soccx in 2005. Lotz starred as Officer Kirsten Landry in the television series Death Valley in 2011. From 2010 to 2015 she had a recurring role as Stephanie in the TV series Mad Men. Lotz has starred as Sara Lance / The Canary in the series Arrow since 2013 and as the same role in the television series Legends of tomorrow since 2016. She has starred in the movies Bring It On: All or Nothing, The Pact, The Machine, Battle of the Year, Live at the Foxes Den, The Pact 2, and 400 Days. Lotz won a Toronto After Dark Film Festival Special Awards for Best Actress for The Machine in 2013. She was also nominated for a British Independent Film Award for the same role. 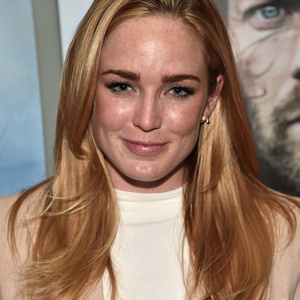