Brynne Edelsten net worth: Brynne Edelsten is an American television personality, actress, socialite, and fitness instructor who has a net worth of $5 million. Brynne Edelsten was born in Shawnee, Oklahoma in January 1983. She was formerly married to Geoffrey Edelsten from 2009 to 2014.

Brynne Edelsten starred on the reality TV series Brynne: My Bedazzled Life in 2012 and Brynne: My Bedazzled Diary in 2014. She also competed on the reality television series Dancing With the Stars in 2011 when she was eliminated 5th, and Celebrity Splash in 2013 when she was eliminated 8th. Brynne Edelsten has also appeared in episodes of the TV series Clubland, Sunrise, Dirty Laundry Live, SlideShow, Can of Worms, Project Runway Australia, Telethon, Beauty and the Geek Australia, Crown Oaks Day, Ben Elton Live from Planet Earth, and Sunrise. 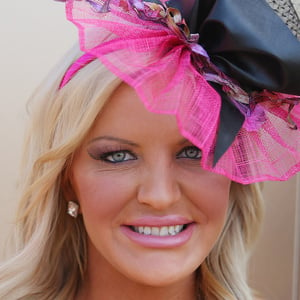