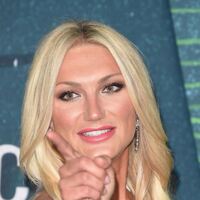 What is Brooke Hogan's Net Worth?

Brooke Hogan is an American singer, actress, model, socialite, and TV personality, who has a net worth of $4 million. Brooke Hogan is the oldest daughter of retired professional wrestler Hulk Hogan. She is known for starring in the reality television series "Hogan Knows Best" from 2005 to 2007.

Brooke Ellen Bollea was born on May 5, 1988, in Tampa, Florida. Her father is former pro wrestler Hulk Hogan (Terry Gene Bollea), and her mother is Linda Hogan (née Claridge). She is best known as Brooke Hogan, adopting her father's stage name of Hogan. She has a younger brother, Nick Hogan (Nick Bollea). According to IGN, her father, Hulk Hogan, is "the most recognized wrestling star worldwide and the most popular wrestler of the 1980s".

Brooke attended Clearwater Central Catholic High School, in Clearwater, Florida, where she joined the cheerleading squad. During high school she also took dance classes, voice and piano lessons, and participated in gymnastics. She graduated from high school early at the age of sixteen.

In 2002, when she was just fourteen years old, Brooke signed a contract with Trans Continental Records. She worked on recording music for an album with the help of producer and songwriter Rich Cronin, and released the single "Everything to Me" in July 2004. It charted at No. 97 on the Billboard Hot 100, and hit No. 1 on the Hot 100 Singles Sales chart. Her debut studio album, "Brooke Hogan: This Voice", was supposed to be released in September 2004, but was pushed back. In anticipation of the album release though, Brooke went on tour to promote her music; she joined Hilary Duff on her Most Wanted Tour, and with the Backstreet Boys on their Up Close & Personal Tour. To boost awareness of her budding music career, Brooke and her father, Hulk Hogan, appeared in an hour-long profile "(Inside) Out: Hulk Hogan, Stage Dad" (2003). The success of the special led VH1 to turn it into an entire reality television series featuring the entire Hogan family. "Hogan Knows Best" premiered in July 2005, and quickly became VH1's highest rated series in history at the time. The show ran until 2007, when it was cancelled. A spin-off focusing on Brooke followed in 2008, titled "Brooke Knows Best", and it aired for two seasons before being cancelled in August 2009. 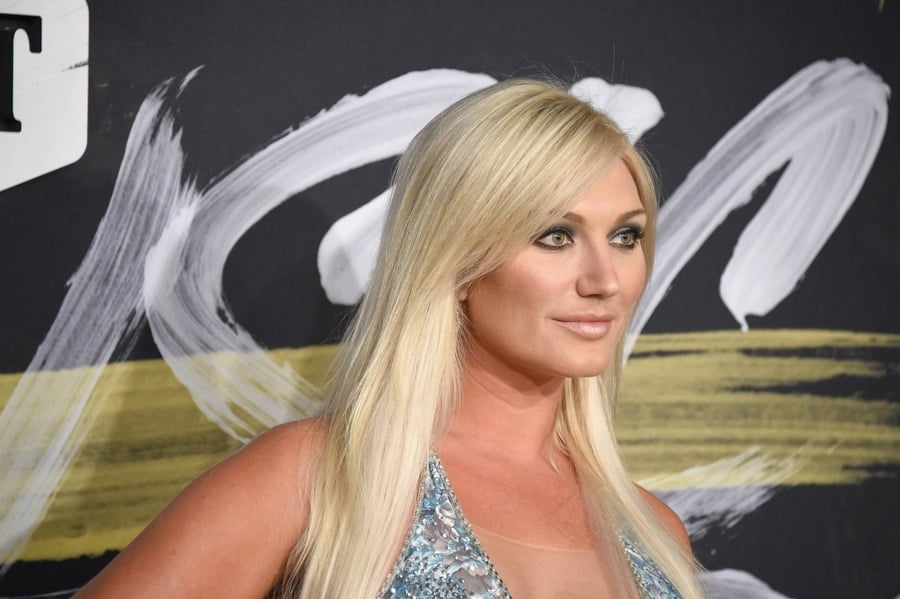 In the meantime, in 2006, Brooke changed record labels and signed with Storch Music Company (formerly Storchaveli Records). Her first release with her new record company was the single "About Us" (2006), which premiered on the season two finale of "Hogan Knows Best". It peaked at No. 33 on the Billboard Hot 100 chart. The single was followed by her debut album "Undiscovered", which was released on October 24, 2006. The album debuted at No. 28 on the Billboard 20 chart, and in its first week sold as estimated 30,000 copies. To promote the album, Brooke appeared in FHM magazine and the November 2006 edition cover model; she was the first cover model for the publication to be under 21 years old. Then, in 2007, Brooke left Storch Music Company and instead signed a dual contract with SoBe Entertainment and Fontana Records.

On July 15, 2006, Brooke followed in her father's footsteps and made her professional WWE wrestling debut on "Saturday Night's Main Event XXXIII". In 2012, she signed on to work with Total Nonstop Action Wrestling (TNA), the wrestling promotion where her father worked. Throughout the year, she appeared on TNA on Thursday nights to promote the female wrestling division. She appeared in several storylines for TNA involving other wrestlers such as her father, Bully Ray, and Austin Aries, among others. In August 2013, Brooke was released from TNA.

Brooke was formerly engaged to Phil Costa, a former center for the Dallas Cowboys. Their engagement was called off in November 2013.