What is Brooke Burns' Net Worth?

Brooke Burns is an American actress and model who has a net worth of $5 million. Over the years, she has earned quite a reputation not just for acting and modeling, but also hosting game shows and serving as a general TV personality. She first broke through in the mid-90s with a notable role in the Spanish-American sitcom "Out of the Blue." After appearing in every single episode of this series, she moved on to "Baywatch" in the late 90s and earned even more fame. Burns then appeared in the spin-off "Baywatch: Hawaii" before departing due to her pregnancy.

After taking some time off, Brooke returned with guest roles in shows like "Just Shoot Me!" She then joined the cast of the soap opera "North Shore" and also guest-starred in "CSI: Miami" towards the end of the 2000s. During this period, she also started working as a game show host with projects like "Dog Eat Dog," "Hole in the Wall," and "Chase." The latter game show earned her a nomination for two Emmy Awards – one for Outstanding Game Show Host. In addition, Brooke is known for appearing in movies like "Shallow Hal," "Titanic II," and "Where Hope Grows."

Brooke Elizabeth Burns was born on March 16th of 1978 in Dallas, Texas. Raised in a Christian household alongside two sisters, Brooke studied ballet from a very early age but was forced to give up dancing when she tore a cruciate ligament at the age of 15. She sustained the injury during a skiing accident. Her father initially worked in Texas' oil industry, but the Burns family moved to Europe when Brooke was 16. During this period, she lived in cities like Paris, Milan, and Munich.

After a notable role in "Out of the Blue," urns booked roles in series like "Conan the Adventurer" and "Ally McBeal." Brooke broke through with "Baywatch: Hawaii" in 1998. During the show's run, she portrayed Jessie Owens in 46 episodes before leaving to deal with her pregnancy in 2001. Before the end of "Baywatch: Hawaii," Brooke also appeared in an episode of "Mortal Kombat: Conquest." Before her hiatus, she also managed to book her first major film role in "Shallow Hal." As the story goes, the role was written specifically for her after the Farrelly brothers saw her audition, as they appreciated her mixture of good looks and dorkiness.

In 2002, she was back with appearances in TV shows like "Men, Women & Dogs," and "A Nero Wolfe Mystery." She then served as a game show host for the first time with "Dog Eat Dog," earning a Teen Choice Award nomination in the process. During this period, she also continued her acting career with shows like "Just Shoot Me," "She Spies," and "Rock Me Baby." In the mid-2000s, she joined the cast of "North Shore," eventually appearing in 21 episodes of the soap opera. In 2005, she was considered one of the hottest women on the planet by "Maxim." 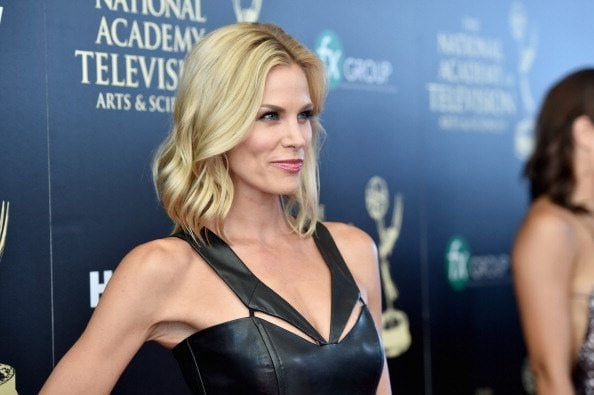 Towards the late 2000s, Burns appeared in shows like "Modern Men," "Pepper Dennis," "Miss Guided," "CSI: Miami," "Drop Dead Diva," and "Melrose Place." She also joined the cast of TV films like "The Most Wonderful Time of the Year" and "Mistresses." From 2008 to 2009, she also advanced her hosting career co-hosting "Hole in the Wall." In 2011, she appeared in "You Deserve It." She followed up with more hosting roles in shows like "The Chase" and "Motor City Masters." In 2020, she hosted "Master Minds."

Brooke Burns is also known by Nickelback fans for her appearance in the music video for "Trying Not to Love You." The video also features Jason Alexander, who co-starred alongside Burns in "Shallow Hall." Burns' other notable film work includes "Smokejumpers," "Dancing Trees," "Trophy Wife," "Art of Travel," and "Time and Again." Over the years, she has appeared in a staggering number of Hallmark movies, to the point where many believe this is the most defining characteristic of her entire career.

Brooke has supplemented her acting income with a number of brand endorsements over the years, including a notable Batman-themed OnStar commercial in 2001.

In 2005, Brooke Burns was involved in a serious diving accident that left her with a broken neck. A number of plates, rods, and screws were inserted into her neck, and she was able to make a full recovery. She has stated that if it wasn't for the help she had received from "the only paramedic fireman that she knew," she would probably be paraplegic or dead.

In 1999, Brooke married actor Julian McMahon. The relationship ended in divorce two years later. McMahon is also known for being the son of the former Prime Minister of Australia, Sir William McMahon. Despite their eventual split, Burns and McMahon had one child together in 2000.

In 2013, Brooke Burns married a film director Gavin O'Connor, who has directed films like "The Accountant" and "Warrior." The couple lives in Los Angeles together, and in 2017 had their first child together (Brooke's second). 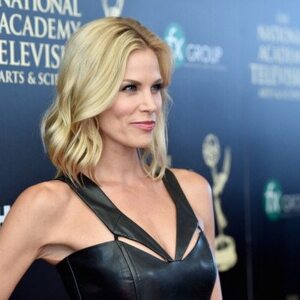