Brooke Burke net worth and salary: Brooke Burke is an American actress and model who has a net worth of $30 million. Brooke Burke rose to fame modeling for Playboy, Maxim, FHM, and Stuff. She went on to host "Wild On" and "Rock Star", and is the current host of "Dancing with the Stars", a televised dance competition which she won as a contestant in 2008.

Early Life: Brooke Lisa Burke was born September 8, 1971 in Hartford, Connecticut and was raised in Tucson, Arizona, the younger of two children born to Donna and George Burke. Her father left the family when Brooke was just two years old and she was thereafter raised by her mother and stepfather. She won her first beauty pageant at age 14. A few years later she and a friend traveled to Scottsdale, Arizona to audition for a modeling agency. Brooke landed a talent agent almost instantly.

She attended both Sahuaro High School and Palo Verde High School where she was homecoming queen in 1989. By age 18, she was a busy print model, being featured in swimsuit calendars and on billboards and magazine covers. On the advice of friends, Burke moved to Los Angeles to study broadcast journalism at UCLA.

Career: While still studying in Los Angeles, Burke's career picked up when she landed a place with major modeling agencies Ford and Wilhelmina and went on to appear in several popular advertisements, swimsuit editorials, posters and commercials. Her first national exposure came in the early '90s when she modeled lingerie for the Frederick's of Hollywood In 1997.

Her career rose to a higher level when she was cast as the host of "Wild On", a series on the fledgling E! Entertainment cable network. Wild On, an adrenaline-packed reality show about partying in exotic locations around the world that aired from 1999-2002, introduced Burke to more than 400 million homes in 120 countries during her three-year stint as host, eventually elevating her to celebrity status. In 2001, Burke competed in the TV host edition of "The Weakest Link" and was voted off in round two. In 2005 and 2006, Burke hosted the CBS summer reality show "Rock Star."  Around this time, she also appeared in films and made guest appearances on several television shows, including "That's Life" (2000), "The Bernie Mac Show" (2001), "Monk" (2002) and "Less Than Perfect" (2002).

In 2008, Brooke won "Dancing with the Stars" with her partner Derek Hough, beating out Super Bowl champ Warren Sapp and his partner Kym Johnson. Burke later co-hosted season 10 of "Dancing with the Stars" alongside Tom Bergerson, replacing Samantha Harris as co-host of the program. In February 2014, it was announced that she would not be coming back to the show for its 18th season.

In 2007, Burke started a company called Baboosh Baby, which offers wraps for pregnant women. In 2009, Burke hosted NBC's pre-show for the Golden Globes. In August 2010, she hosted season three of TV Land's "She's Got the Look," a modeling competition program for women over 35. Burke hosted the 2011, 2012, and 2013 Miss America pageants with Chris Harrison and served as co-host once again in 2016. Burke was a participant on "The New Celebrity Apprentice" but was eliminated after 12 tasks and finished in third place. Burke's first book, "The Naked Mom: A Modern Mom's Fearless Revelations, Savvy Advice, and Soulful Reflections," was published in February 2011.

Outside of hosting, Burke was the voice and face of Rachel Teller in the video game "Need for Speed: Underground 2." She also voiced questions in the video game "Trivial Pursuit Unhinged." Burke also starred as a character in the Burger King advergaming titles "PocketBike Racer" and "Big Bumpin." She has fronted several infomercials promoting a Swiss ball video home fitness workout named Gunnar Peterson's Core Secrets. She appears in the first video of the series, 20 Minute Full Body Workout. She's also been in commercials for Discover Card, Coca-Cola, Anheuser-Busch, and Skechers. She is the spokesperson for Poise incontinence products. Since January 2020, Burke has been a co-host with "The Real Housewives of Orange County" star Meghan King Edmonds and Lila Darville of a podcast titled "Intimate Knowledge." 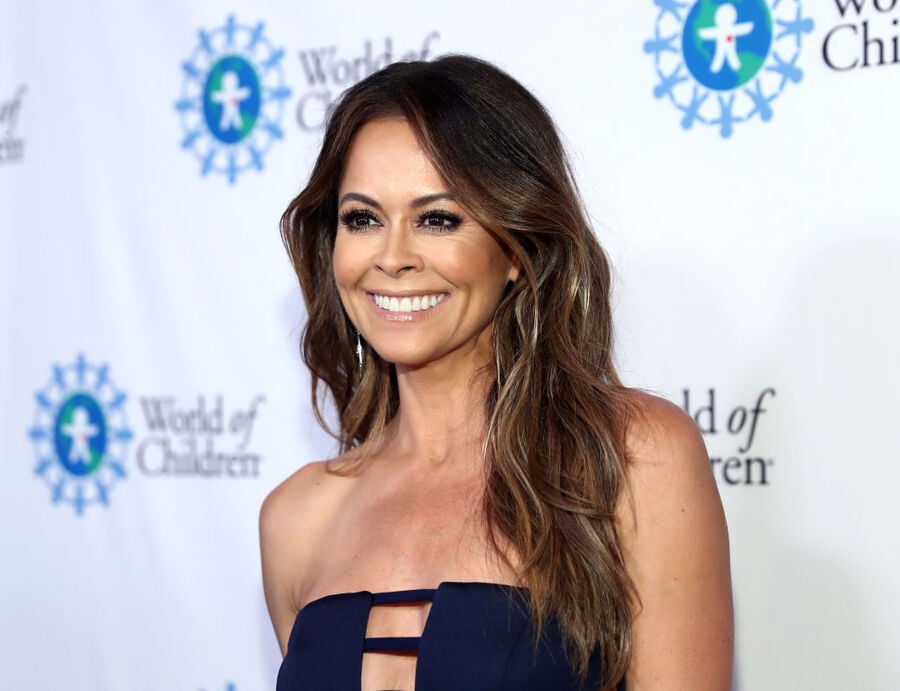 (Photo by Rich Polk/Getty Images for World of Children )

Personal Life: She is sometimes credited as Brooke Burke-Charvet due to her former marriage to Baywatch star David Charvet. Brooke and David began dating in 2005, got engaged in 2006 and were married in St. Barts. Unfortunately they announced their separation in 2018. Technically their divorce was finalized in March 2020. According to the divorce settlement terms, as revealed in court filings, the couple agreed to 50/50 custody of their children and 50/50 on all child-related expenses. According to their agreement, Brooke got to keep a home in Malibu and a condo in Santa Monica, while David kept a property in Malibu. Brooke got to keep ownership of two fitness companies while David got several companies of his own including Malibu Stone and Building Materials. They plan to split their art collection down the road.

Real Estate: In March 1998, David paid $1.275 million for five parcels of land in Malibu's Serra Retreat neighborhood, totaling 1.75 acres. Most were undeveloped, though there was a modest 2,700 square-foot home on one of the lots. The seller was Mel Gibson. In 2007, David and Brooke demolished the previous structure and built a 6,000 square-foot home. In 2015 they hit re-set on the land, constructing a 12,000 French-style manor known as Chateau Charvet. They continued to own the property together today even after divorcing for several years. Neither lived in the house during this period when it was rented for as much as $75,000 per month. That's how much Kylie Jenner paid when she once lived at the house. In February 2020 Prince Harry and Princess Meghan were rumored to be interested in renting the house which is worth at least $20 million. 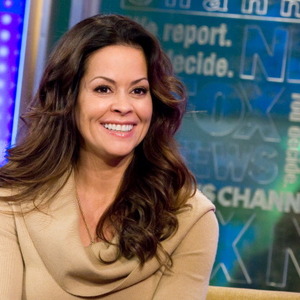