Brooke Bailey is the ex-girlfriend of Rashard Lewis. Rashard Lewis currently plays for the Miami Heat as a small forward/power forward. Brooke Bailey is a mother of three, and, when not shooting "Basketball Wives", she works as a model and music video actress. She has appeared in videos for Lil Wayne, Akon, 50 Cent, and P. Diddy, among other artists, and has appeared in such magazines as Smooth, King Magazine, and Low Rider Magazine. She also appeared on the Candy Girl's reality show, and as a model on Nick Cannon's "Wild 'n' Out". Despite Rashard Lewis' wealth, there have been rumors that Brooke Bailey was once so broke that she was basically homeless. Brooke was allegedly forced to stay with friends and have her children live with extended family members. She seems to have recovered completely but it will still be interesting to see what happens on Basketball Wives! 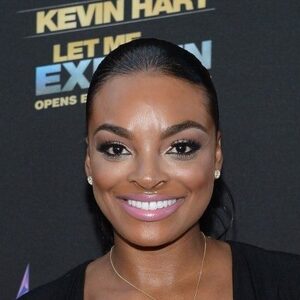