Brittny Gastineau net worth: Brittny Gastineau is an American model and television personality who has a net worth of $5 million dollars. Born in New York, New York, Brittny Gastineau began college at the University of Alabama, before deciding to return to New York to focus on a career in modeling. She signed with Elite Model Management almost immediately, and began her professional modeling career with a spread in Stuff Magazine. She went on to serve as a runway model for such designers as Anna Sui, Anne Bowen, and Yumi Katsura, among others. She has also appeared in campaigns for L'Oreal, Ed Hardy, and MAC Cosmetics. She has appeared on the covers of such magazines as Hamptons and Lucire. She gained more widespread fame when she and her mother began appearing on the E! Network reality series, "The Gastineau Girls" in 2005. She has also appeared on "Filthy Rich: Cattle Drive", "Keeping Up with the Kardashians", "The Hills", and "Cribs".

Brittny is the daughter of Lisa Gastineau and retired NFL player Mark Gastineau. 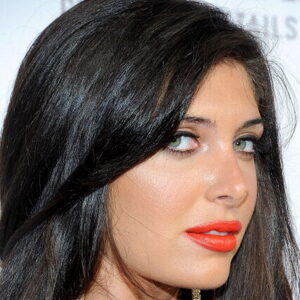