What Is Brigitte Bardot's Net Worth?

Brigitte Bardot was born Brigitte Anne-Marie Bardot on September 28, 1934, in Paris, France. Bardot's parents, Anne-Marie and Louis, raised Brigitte and her younger sister, Mijanou, in a conservative Catholic household. Louis was an engineer who owned several industrial factories, and the family lived in a seven-bedroom apartment. Bardot has said that when she and Mijanou accidentally broke their parents' favorite vase, Louis whipped them 20 times and began treating them like "strangers." Brigitte had amblyopia during her youth, and it caused decreased vision in her left eye. Bardot's parents enrolled her in the private school Cours Hattemer when she was 7 years old, and she took dance lessons in her free time. She attended the Conservatoire de Paris and the Institut de la Tour, and she took ballet classes with choreographer Boris Knyazev. In 1949, Brigitte was hired as a "junior" fashion model by "Elle" and "Le Jardin des Modes" director Hélène Gordon-Lazareff, and she graced the cover of "Elle" at age 15.

In 1952, Bardot appeared on the cover of "Elle" again and made her acting debut in the film "Le Trou normand" ( Crazy for Love"). She landed the title role in 1952's "Manina, la fille sans voile" ("The Lighthouse-Keeper's Daughter / The Girl in the Bikini"), then she appeared in 1953's "Le Portrait de son père" ("His Father's Portrait") and "Act of Love" and 1954's "Si Versailles m'était conté" ("Royal Affairs in Versailles") and "Tradita" ("Concert of Intrigue"). Brigitte starred in five films in 1955, including "Le Fils de Caroline chérie" ("Caroline and the Rebels"), "Doctor at Sea," and "La Lumière d'en face" ("The Light Across the Street"), and she played Andraste in the 1956 Hollywood film "Helen of Troy." After she was cast in 1956's "Mio figlio Nerone" ("Nero's Weekend"), director Steno wanted Bardot to be blonde in the film, so instead of wearing a wig, she dyed her naturally brunette hair; she loved the results so much that she decided to stay blonde. In 1956, Brigitte also starred in the musical "Cette sacrée gamine" ("Naughty Girl") and the comedies "En effeuillant la marguerite" ("Plucking the Daisy") and "La Mariée est trop belle" ("The Bride Is Much Too Beautiful "), and she played Juliette Hardy in "And God Created Woman," which catapulted her into international stardom. 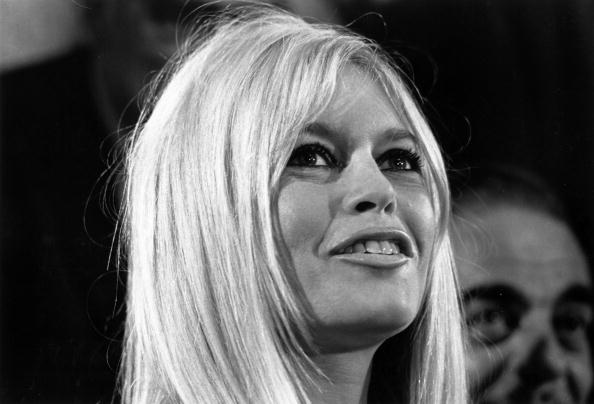 Bardot appeared in 1957's "La Parisienne," 1958's "Les bijoutiers du clair de lune" ("The Night Heaven Fell") and "En cas de malheur" ("In Case of Adversity"), and 1959's "La femme et le Pantin" ("A Woman Like Satan"), "Babette s'en va-t-en guerre" ("Babette Goes to War"), and "Voulez-vous danser avec moi?" ("Come Dance with Me!"). In 1958, she became France's highest-paid actress. In 1960, Brigitte starred as Dominique Marceau, in "The Truth," which earned an Academy Award nomination for Best Foreign Film. She appeared in 1962's "Vie privée" ("A Very Private Affair"), then she co-starred with Jack Palance in 1963's "Le Mépris" ("Contempt") and with Anthony Perkins in 1964's "Une ravissante idiote" ("The Ravishing Idiot"). In 1965, Bardot appeared as herself in "Dear Brigitte" alongside Jimmy Stewart, and she gave a BAFTA-nominated performance in "Viva Maria!" In 1968, she co-starred with Sean Connery in the Western "Shalako," then she appeared in 1970's "L'Ours et la Poupée" ("The Bear and the Doll"), "Les Novices" ("The Novices"), 1971's "Boulevard du Rhum" ("Rum Runners") and "Les Pétroleuses" ("The Legend of Frenchie King"), and 1973's "Don Juan 1973 ou Si Don Juan était une femme…" (Don Juan, or If Don Juan Were a Woman") and "L'histoire très bonne et très joyeuse de Colinot Trousse-Chemise" ("The Edifying and Joyous Story of Colinot"). In 1973, Brigitte announced her retirement from acting at the age of 39, and the following year, she marked her 40th birthday by posing nude for "Playboy" magazine.

Brigitte is a vegetarian, and in 1986, she launched the Brigitte Bardot Foundation for the Welfare and Protection of Animals. She raised 3 million francs for her foundation by auctioning off her personal belongings and jewelry. Bardot donated over $140,000 over a two-year period to help fund a program dedicated to the mass sterilization and adoption of stray dogs in Bucharest. While visiting Canada with Sea Shepherd Conservation Society founder Paul Watson, she condemned seal hunting in the country, and in 2011, the organization renamed one if its interceptor vessels MV Brigitte Bardot. Brigitte wrote to the Queen of Denmark in 2010 to ask her to halt the "mass slaughter" of dolphins in the Faroe Islands, and in 2015, she wrote an open letter to Australian Environment Minister Greg Hunt after he announced his plan to cull two million feral cats. The Brigitte Bardot Foundation began collaborating with Kagyupa International Monlam Trust of India on an annual veterinary care camp in 2013.

Brigitte has been married four times. She married director Roger Vadim on December 20, 1952, when she was just 18 years old, and they divorced in 1957 after Bardot had an affair with her "And God Created Woman" co-star Jean-Louis Trintignant. Brigitte and Jean-Louis lived together for two years, and she was having an affair with musician Gilbert Bécaud during their relationship. After her split from Trintignant, Bardot reportedly suffered a nervous breakdown and attempted suicide with sleeping pills (though her public relations manager denied it). She married actor Jacques Charrier on June 18, 1959, and they welcomed son Nicolas-Jacques on January 11, 1960. After Brigitte and Jacques divorced in 1962, Nicolas-Jacques lived with Charrier's family and little contact with Bardot until he reaches adulthood. Brigitte was in a relationship with musician Bob Zagury from 1963 to 1965, and she married millionaire Gunter Sachs on July 14, 1966. They divorced in 1969, then Bardot dated actors Patrick Gilles, Warren Beatty, and Laurent Vergez, writer John Gilmore, singer Serge Gainsbourg, artist Miroslav Brozek, and television producer Allain Bougrain-Dubourg. On her 49th birthday, Bardot overdosed on tranquilizers, and she had her stomach pumped after she was rushed to the hospital. In 1984, she was diagnosed with breast cancer, and she recovered in 1986 after undergoing radiation therapy. Brigitte married Bernard d'Ormale on August 16, 1992. 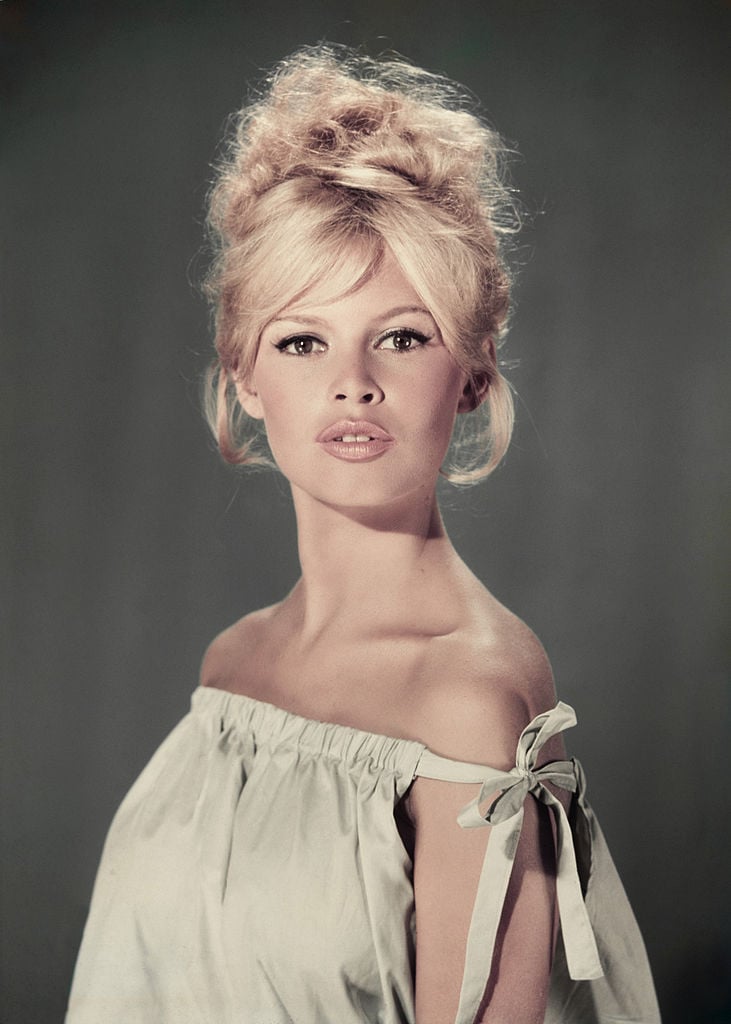 In 2000, Bardot was fined 30,000 francs for writing in her book "Le Carré de Pluton" that "my country, France, my homeland, my land is again invaded by an overpopulation of foreigners, especially Muslims." She was fined €5,000 in 2004 for inciting racial hatred, and in 2008, she was convicted of inciting religious/racial hatred and fined €15,000 for making derogatory comments about Muslims in a letter she sent to then-Interior Minister of France Nicolas Sarkozy. In 2021, Brigitte was fined €5,000 for referring to hunters as "sub-men" and "drunkards" possessing "genes of cruel barbarism inherited from our primitive ancestors" on her website. Later that year she was fined €20,000 for a 2019 open letter to Amaury de Saint-Quentin, the prefect of Réunion, in which she called Réunion inhabitants "autochthonous who have kept the genes of savages."

Bardot won a David di Donatello Award for Best Foreign Actress (Migliore Attrice Straniera) for "The Truth" in 1961, and she received a Career – Honorary Award from the CinEuphoria Awards in 2019. She earned a BAFTA Award nomination for Best Foreign Actress for "Viva Maria!" in 1967 and a Bambi Award nomination for Best Actress – International for "And God Created Woman" in 1958. Brigitte won Best Actress awards from the Victoires du cinéma français ("And God Created Woman" and "In Case of Adversity"), Brussels European Awards ("The Truth"), and French Cinema Academy ("Viva Maria!"), and she has received the Medal of the City of Trieste (1980), Lille (1985), Paris (1994), Saint-Tropez (1995), and La Baule (1996). Bardot has received a French Legion of Honor medal (1985), a PETA Humanitarian Award (2001), and a GAIA Lifetime Achievement Award (2019), and in 1992, she was inducted into the United Nations Environment Programme's Global 500 Roll of Honour for Environmental Achievement. In 1997, she received Greece's UNESCO Ecology Award and a Medal of the City of Athens, and in 1999, Asteroid 17062 was named Bardot in her honor. In 2017, a statue of Brigitte was erected in Saint-Tropez.

In 1958, Brigitte bought a large, secluded ocean-view estate in Saint-Tropez, France, called La Madrague. She also purchased a second property in the hills nearby, raising donkeys, pigs, horses, and cows there. 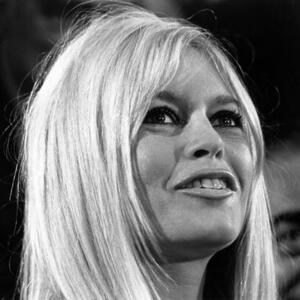